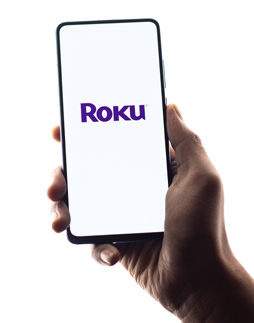 Roku has streaming to thank for its Q4 growth in 2021 – but there are clouds on the horizon.

Roku ended 2021 with more than 60 million active accounts, and total streaming hours were double what they were in 2019, before the pandemic.

In Q4, Roku was the top streaming platform across the US, Canada and Mexico in terms of hours streamed, Anthony Wood, Roku’s CEO and founder, told investors.

Mexico is a good example of Roku’s playbook abroad, said Scott Rosenberg, Roku’s outgoing SVP of platform business. First, Roku seeks scale by getting TVs and Roku devices into the hands of consumers. “Then we try to drive engagement and then we monetize,” Rosenberg said.

Roku’s monetized video ad impressions nearly doubled in 2021 as a reflection of growing competition in the streaming market. Discovery and Paramount both rolled out eponymous streaming services last year. As content providers continue to grow and vie for subscribers, Roku stands to benefit as the dominant content aggregator in the market.

In 2021, “upfront dollar commitments doubled year-over-year – and 40% of the participating advertisers were new,” Louden said.

Roku is also seeing success in its own DTC operations. In Q4, its fastest growing ad product was using its proprietary first-party data to power its targeting solutions, which helped increase add-to-cart rates for some of its DTC clients.

But all that glitters is not gold.

Roku’s 33% YOY growth for the quarter wasn’t enough for investors, which fell short of their predictions by around $30 million, CNBC reports.

The company isn’t doing great on its hardware, including its signature remote devices. Player unit sales were flat in the fourth quarter and down 4% YOY.

And Roku is also losing money on licensing its operating system to TV manufacturers which use it to build Roku TV models. Roku blames the supply chain (like everyone else), but hardware being less profitable is old news. Its players haven’t been making much in terms of profit for a while, although 2021 marked the start of a loss.

When a MarketWatch journalist asked Roku’s CFO whether this is true during the earnings call, Louden dismissed the idea as rumor and speculation.