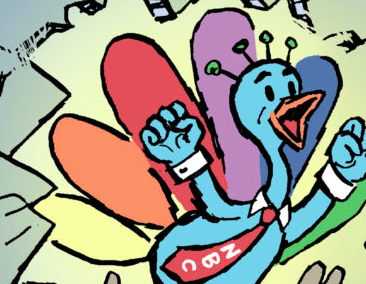 While the coronavirus pandemic hit all of Comcast’s businesses in Q1, its impact on ad revenue differs across NBCU, Sky and its Xfinity cable unit, the company revealed Thursday.

And as with every other company in the world, Comcast expects to experience much more severe effects in the next quarter.

Advertising in Comcast’s cable networks business, which includes MSNBC and CNBC among others, fell 2.2% due to declining audience ratings and reduced ad spend that were the direct result of postponed sporting events. Higher pricing partially alleviated the declines.

Ad revenue in Comcast’s broadcast business was flat from COVID-19-related declines in ad spend as well as decreasing audience ratings. Broadcast ad revenue got a boost from higher prices and from local political advertising.

Comcast didn’t break out dollar amounts for NBCU’s ad revenue though the unit as a whole – which includes film releases and theme parks – saw a 7% YoY revenue decline to $7.7 billion.

Finally, Comcast CFO Michael Cavanagh said the company expects “no financial loss in 2020” from the postponement of the Olympic games.

Lack of sports a big threat to Sky

Sky’s advertising revenue got walloped – down 11.6% to $513 million – but it wasn’t all due to the pandemic. Cavanagh pointed to “overall market weakness exacerbated by COVID-19” as well as European lawmakers cracking down on gambling ads.

But Comcast is certainly worried that the “significant revenue” from Sky Sports is under threat, and is letting customers pause their subscriptions to mitigate attrition.

Still, Cavanagh said the pause in sports will cause Sky’s EBITDA to decline 60% YoY for the second and third quarters combined.

While most of Comcast’s cable communications business ($14.9 billion this quarter) comes from high-speed internet, it does bring in some ad revenue – about $557 million in Q1, which is flat growth YoY. That revenue stream was buoyed greatly by political advertising, without which it would have been down 4.5%.

Why not release Peacock now?

With consumers hanging around at home, it seems like NBCU could expedite the rollout of its Peacock streaming service – which launched for Xfinity customers April 15, but won’t be generally available until July 15.

But NBCU will continue with its gradual rollout. In launching just to Xfinity customers, the network can ensure Peacock works on the technical level and learn more about how audiences will use it.

Since Universal Pictures released the animated film “Trolls World Tour” through streaming platforms on April 10 for $19.99, it has raked in $100 million. But that haul hasn’t substantially changed the way that Comcast’s filmed entertainment business thinks about theatrical releases.

“There’s no question that theatrical will someday again be the central element to our business and the film business,” said NBCU CEO Jeff Shell, while acknowledging Comcast will have to make adjustments as movies are increasingly viewed at home.

Going forward, Comcast will decide on a film-by-film basis on the best release strategy. Shell noted that the debuts of “Fast & Furious 9” and “Minions: The Rise of Gru” have both been postponed to 2021, when he anticipates audiences will have returned to theaters.

However, paid video on demand will likely be a complimentary element going forward, though Shell wasn’t sure what form it will ultimately take.