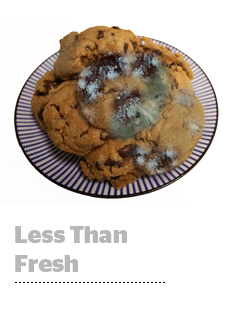 On Tuesday, ad tech startup Rockerbox launched a solution after a five-month beta to help advertisers freshen up their prospecting data based on a user’s last 60 minutes of browsing activity.

A marketing platform centered on recency gets advertisers closer to the moment of intent, said Rockerbox CEO and co-founder Ron Jacobson, who cut his teeth in ad tech as an early AppNexus employee in charge of setting up DSP, SSP and data provider integrations.

During that job, Jacobson realized that the data in pre-populated third-party segments was far from fresh.

“It feels strange to have real-time bidding and programmatic auctions – and then be using data based on behavior that happened a week ago or a month ago,” Jacobson said.

Just because someone was researching cars last month doesn’t necessarily mean they’re still in market. And if they are, it makes more sense to target them when they’re actively researching, he said.

But advertisers often don’t know what visitors were doing right before landing on their site.

“What someone was doing 30 days ago isn’t a predictor of what they’ll do next,” said David Lee, programmatic group lead at indie full-service agency The Richards Group, which uses the recency platform to gather insights and buy media. “If you can narrow that window from 30 days to 30 minutes, though, you can get a view into consumer behavior beyond just a single data point.”

Rockerbox places a pixel on an advertiser’s website to track where off-site desktop and web traffic is coming from and what people are looking at and doing in the moments before arriving. By analyzing this data in aggregate, Rockerbox finds patterns that advertisers can use to prospect new users who display similar behavior in their most recent browsing.

Tracking in-app activity through an SDK is on the road map.

“We can back off on prospecting during lulls in the research cycle and gear up heavily right when someone engages in behavior that matches the advertiser’s goals,” Jacobson said. “It’s less about wasting money on the wrong users and more about allocating money to reach those users in a moment that’s really right.”

Advertisers can also attribute ad spend to the channels driving the most traffic or engagement and optimize their media plans accordingly. Rockerbox uses AppNexus for access to inventory, and buys are activated through Rockerbox’s own bidder.

Video streaming site, Vimeo, for example, used the platform to inform its media plan for Mevo, a live editing camera that came along with Vimeo’s acquisition of live video streaming platform Livestream in October.

“Mevo is a new product for us, and we don’t have as much familiarity with the kind of audience that would be interested in buying it or the kind of content that’s relevant to that audience,” said Carolyn DeMeo, a programmatic display and strategy coordinator at Vimeo, which handles all of its media buying in-house. “These insights played a big role in helping us move forward on our upper-funnel media buys.”

The Richards Group taps into recency data for a growing number of clients, including Biltmore, a hotel and tourist attraction in North Carolina.

Biltmore was able to expand its targeting strategy by seeing what people were doing right before and right after hitting its site, which included searches for keywords related to vacation clothes, engagement with wine content and visits to flight booking sites.

The Richards Group has seen upward of a 50% increase in ROI since shifting away from prepackaged third-party segments to more recency-based targeting.

“We hear the phrase right place, right time, right ad for the right context a lot,” Lee said. “This is really helping us home in on that right time.”