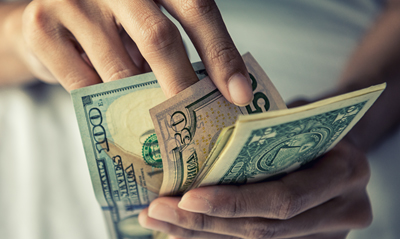 Digital advertising continues to be a bulwark during the pandemic.

Although overall media owner ad revenue in the United States decreased by 7.2% during the first half of the year, digital ad sales grew by 5.7%, according to an updated forecast released by Magna on Wednesday.

Magna expects ad budgets to stabilize and recover in 2021, posting a 4% gain … as long as we get COVID-19 under control, there’s a vaccine available at some point during the first half of the year, sports and events return in full force and business confidence rebounds, of course.

With uncertainty now about the new normal (do I win the pandemic cliche bingo?), every forecast comes with caveats.

“In our June forecast, we all assumed that by now, by September, the COVID situation would be better than it is,” said Vincent Letang, EVP and managing partner of global market intelligence at Magna. “But that doesn’t change the macroeconomic expectations.”

Research from the Philadelphia Federal Reserve, which Magna uses to inform its predictions, anticipates that GDP will grow by 3.2% next year. That should benefit the ad market, since ad spending traditionally correlates with GDP.

Digital’s resilience is due to four main drivers, Letang said.

There’s the massive and continued rise in digital media consumption; the acceleration of ecommerce; marketers opting for lower-funnel tactics, namely direct response; and, most surprisingly, an uptick in small business spending.

Rather than cutting, SMBs embraced digital as a lifeline during the lockdowns. Many local businesses that previously hadn’t prioritized ecommerce started to do so in a big way, and you can expect that trend to continue.

“This is not a temporary thing,” Letang said. “It’s going to be a permanent feature.”

But other big buoys to ad spending this year will only provide a temporary boost, with traditional media bearing the brunt of future declines.

Political advertising, for example, will serve as a boon for local TV spending this year. Magna expects record political spending in the lead-up to the US presidential election in November – a 32% increase over 2016, clocking in at roughly $5 billion.

Putting aside traditional media’s woes, political advertising was strong this year despite COVID-19 because a lot of the fundraising took place before the pandemic struck in March.

Campaigns are also spending less on logistical expenditures, such as flights and in-person campaigning events, Letang noted. “It’s possible that more of this money is available to go into advertising campaigns,” he said.

Once those political dollars dry up, local linear won’t easily be able to make up the difference from its usual standbys: local car dealerships and retail.

Car sales are not predicted to recover significantly in 2021. Magna expects a 5% dip in auto ad spend due to high unemployment and low consumer confidence. Retail ad spend, minus ecommerce, could dip 7%, an acceleration of the long-term decline of brick-and-mortar.

Travel will also remain in the doldrums, with ad spend down around 15% next year, as people avoid flying.

But it’s not dark days for everyone. Entertainment ad spend should rise by 12% as movie theaters reopen and restaurants will spend 8% more on advertising as indoor dining returns, while technology, personal care and pharma are all set to increase ad spending by 5%.

All of this is predicated on normality. If there’s a second wave or sports goes back on hiatus, expect the cold chill of economic headwinds to impact advertising spending. And then there are the “known unknown” factors.

Racial justice protests, for example, could cause some sports teams to strike, which would affect linear TV spend if leagues have to shut down. Or brands could engage in another boycott of social media platforms, although that probably wouldn’t have an impact on the bulk of social media spending, the majority of which comes from small and medium-sized businesses.

Regardless, someone with an optimistic bent would be forgiven for seeing the glass as half full. And that’s largely thanks to the ongoing strength of digital media.

“We always predicted that digital would be slightly up this year,” Letang said. “But the fact that it’s up more than 5% for the first half of this year– that is really strong, all things considered.”