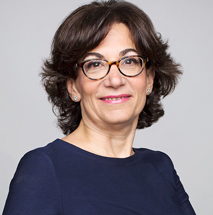 When Reader’s Digest Association rebranded to Trusted Media Brands in 2014, a reporter commented to CEO and president Bonnie Kintzer at the time that “it’s not a sexy name.”

“And I said, ‘Thank you, we’re not a sexy company,” Kintzer jokes in this week’s episode of AdExchanger Talks.

The rebrand, though, helped kickstart an era of growth for the company, which had muddled through several years of strife before Kintzer’s arrival in 2013, when Reader’s Digest Association was in the midst of its second bankruptcy process in five years. Many of its challenges were due to its failure to embrace technology, and to change with the times.

But the company had two major things going for it: direct customer relationships and a lot of digital traffic, despite the fact that it wasn’t being monetized to its full potential.

From 2014 onwards, Trusted Media Brands has worked to build on that dual foundation and reimagine itself as a digital-first multiplatform media company.

Collectively, Trusted Media Brands now reaches more than 58 million unduplicated consumers across its titles, and traffic has nearly doubled since 2017. In 2020 alone, there’s been a 34% increase in unique visitors.

“We are very focused on the metrics,” Kintzer says. “Being an accountable culture means being a metrics-driven culture.”

These days, Trusted Media Brands, like many publishers, is investing more in its data strategy and recently completed a lengthy data management platform evaluation process. The move away from third-party cookies, Kintzer says, is a chance for publishers to take back some control over their data.

“We know what people are spending their time on because of the intent-driven nature of our content,” she says. “[And] to be able to look at that and package that for our advertisers is a tremendous opportunity for us.”