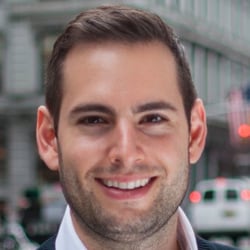 Back in 2013 TripleLift released technology meant to improve the ad experience of real-time bidding, which up until then had only been applied to trusty (some would say dusty) formats such as the 728×90 and the 250×250.

“We were using the world’s most sophisticated technology – applying data and low-latency, high-throughput engineering – but the only thing people see, the only things brands see, is the ad at the end of that,” the company’s co-founder and chief strategy officer, Ari Lewine, says on the latest episode of AdExchanger Talks. “We said, what if we applied the same level of thoughtfulness, the same level of investment, the same engineering … to the actual ad experience within RTB?”

Thus was born “programmatic native.” Lewine and his co-founders believed the new category would eventually eclipse and replace display advertising. That didn’t happen, though it did eventually become a decent fraction of all programmatic spend.

TripleLift’s biggest challenge wasn’t getting the technology right or selling into publisher customers, but rather convincing the fragmented DSP ecosystem to play along.

There are fewer than 10 major DSPs today, but back in 2015 there were dozens. Lewine says many balked at accepting its non-standard formats, but eventually the company convinced big players such as Google and The Trade Desk to give it a try.

“When the first domino fell, then it became a race for parity,” he recalls. “The other DSPs had to follow just to match the same capabilities as their competitors. I think that speaks to something very special about programmatic. The world’s largest companies … were willing to take a bet on a startup like TripleLift and make an investment in what they thought was a better ad experience.”

Also in this episode: Lewine’s assessment of the ad tech space, from innovation to business performance.