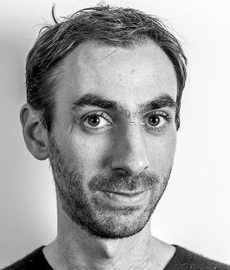 The slow progress toward a solution to the cookie problem is partly due to “too many cooks in the kitchen,” says Hugo Loriot, a partner at You & Mr Jones-owned data agency fifty-five.

“There are too many stakeholders bringing similar yet different points of view,” Loriot says.

There’s the IAB Tech Lab, the Partnership for Responsible Media, the World Wide Web Consortium and the independent companies that are involved in all three but also working on their own things.

Although ad tech companies have complained about not having a seat at the table within the W3C, it’s not surprising that Google is dominating the conversation there. “They have more money, they have more bandwidth,” Loriot says.

And they own Chrome, which is the browser with the most market share. “The last time I checked, cookies are manipulated by the browsers, so it doesn’t really shock me that the main browser in the market is shaping the future of the industry from a technological standpoint.”

What does bother Loriot, though, is that there are so few advertisers involved in the process. Advertisers and agencies don’t necessarily need to be getting into the weeds, but they should raise their hand and voice their concerns with the platform companies, he says, and that’s not really happening.

Measurement capabilities, the ability to run frequency capping on campaigns, the ability to value impressions within a certain conversion window – these are all business requirements that need to be shared by buyers and “heard by the Googles and the Apples of this world,” Loriot says. “And I’m not sure this is entirely done today.”

Also in this episode: the growing role of clean rooms, why Ads Data Hub probably doesn’t pose an antitrust concern for Google and the bird species after which Loriot would christen the next proposal to land in the Chrome Privacy Sandbox (if it were up to him).