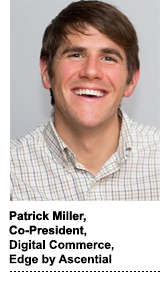 Retail media networks are coming out of the woodwork: Kroger, Target, Walmart, Michael’s, Best Buy, Ulta, Albertsons, Macy’s, AutoZone – even Dollar Tree has got one.

But what exactly do people mean when they refer to a “retail media network”?

Because not all RMNs are the same.

For example, how is the technology being deployed? Is the retailer building the ad tech itself? Are there any middlemen vendors in the stack? Can advertisers buy programmatically? Is there an auction? Is there video, or just search and display? How is the media bought and exchanged?

It’s worthwhile to look at the different components and understand each platform’s origin story, Miller says.

Although the majority of Amazon’s more than $31 billion in annual ad revenue comes from search, that’s not where Amazon started. Amazon started with display back in the day.

“Search got really big because everybody searches before they buy,” Miller says. “But I think it’s important to look back at where everybody’s been … Wired launched the first display ad 25 or 30 years ago – and retailers have been no different. They’ve just started to create more self-service ways [to buy] and to open up more APIs.”

Also in this episode: Why Chinese-owned brands are poised for massive growth on Amazon, a book club for English majors who work in ad tech and the items in Miller’s Amazon cart right now. (Spoiler alert: It’s seltzer and paper towels.)