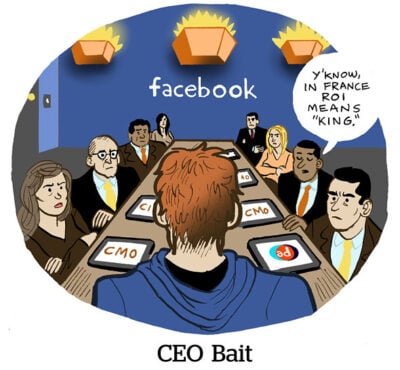 State Of The Unions

That’s the rallying cry in the editorial offices of several big-name publishers seeing labor organizations form among their workforces.

On Tuesday, 350 Condé Nast employees signed a letter requesting recognition of their union, The Washington Post reports. The proposed union would be organized under the NewsGuild of New York and represent more than 500 Condé Nast workers in editorial and video production departments across 11 titles. The Condé activism follows successful recent newsroom union campaigns, including within The New Yorker’s editorial department last year.

And don’t forget about BuzzFeed’s announcement during its first earnings report last week that it plans to cut its newsroom staff by about a third via voluntary buyouts. The BuzzFeed News Union voted overwhelmingly on Tuesday to approve a strike unless negotiations with management take a turn for the better. The action was approved by more than 90% of The NewsGuild of New York.

Gizmodo Media Group’s labor union organized a successful four-day strike earlier this month. And the Wirecutter cut a deal with The New York Times in mid-December 2021 after going on strike during the holiday shopping season to put the squeeze on management.

You Won’t Believe What Happens At The End!

For example, sometimes a caption doesn’t match the content, withholds information or otherwise shamelessly lures the viewer into watching more.

“His Reaction Was Priceless!! 😂😂” or “And then his GF did this!!!” are two examples cited by the company in a blog post.

Meta and other video platforms need to watch it (literally) as TikTok becomes more popular. They’d do well to learn from how TikTok leads viewers to videos that meet certain thresholds for algorithmic virality. Instagram is already taking heat for foisting so many new Stories videos on users, many of whom have had quite enough already, thank you very much.

Some influencer or viral-thirsty Stories posts include multiple lines of text at once to force rewatching of quick videos. Another tactic is to misspell a word or two, because people are compelled to comment with the correction, and the algorithm dutifully logs the engagement. Although those tricks aren’t cited in Meta’s “watchbait” update, they demonstrate how easily new formats can be gamed before they’re well understood.

The investigation is based on Klarna’s consent requests and data usage in the spring of 2020. IMY says Klarna failed to inform users how “personal data was processed in one of the company’s services,” according to a blog post (or a translation, at least). The company also failed to alert customers the data would be transferred to non-EU countries.

One Klarna service that may surprise some users who consent to data collection is its Marketing Solutions group, which includes retail customer acquisition and an ad network. The platform got off the ground in 2020.

Klarna’s ad tech may or may not have drawn IMY’s attention. But the privacy suit shows how advertising, viewed as low-hanging fruit by practically any company that has first-party data and/or a captive audience, can be fraught with risks that should be balanced against the easy revenue pickins.

Apple is winning in some new arenas. It beat all other streaming services to the Oscar for Best Picture at the most recent Academy Awards, has a booming services business (aka its fee on app subscriptions and in-app revenue) and is surfing a privacy wave that’s capsized its competition.

“For Apple, hardware is the afterthought,” according to the ecommerce newsletter 2PM.

The Japanese news company Nikkei reports that Apple is scaling back its production of iPhones and AirPods due to inflation and supply-chain costs. Yet Apple still expects revenue, profit and even profit margin to remain on the up-and-up. What’s behind that?

Well, Apple has released new products with much higher prices. But another big factor is the profit margins it will win in advertising.

I mean, Apple couldn’t do that.

Q&A with Michael Hahn, the IAB EVP and general counsel, on the lively (that’s one way to put it) privacy regulation landscape. [Digiday]

IAS vet Matt Nizich joins U of Digital as head of learning and development. [release]