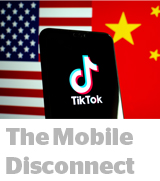 TikTok may be the hottest new social media app of 2019, but it’s not winning any “client of the year” awards. Agencies that have worked with TikTok as a client complain of unrealistic briefs and timelines, high turnover and abrupt project cancellations – sometimes without compensation, Ad Age reports. The disconnect comes from decisions made by TikTok’s team in the United States being overruled by headquarters in China. Often decisions to cancel projects came from Beijing, even if the American team pitched the campaign. IPG’s Initiative won TikTok’s US account only to reportedly have it shifted to Omnicom’s PHD a month later after TikTok’s procurement department in China led its own review. “On paper, we had a lot of independence,” an agency executive said. “In reality, that’s not the case. When it comes to [US] marketing, the line of reporting is with China.” More.

Netflix broke out global subscriber metrics for the first time on Tuesday. “The bigger picture: Netflix altogether is slowing down,” writes The New York Times. Giving investors a global picture of the company is important because its growth is slowing in the United States. This year, it reported its first quarter ever with a year-over-year loss in US subscribers, down 126,000. Its North America business is up about 7%, but is adding fewer subscribers than it used to. Half a world away, its APAC subscribers have more than tripled from about 4 million in March 2017 to 15 million now. But Netflix faces steep price increases for content and cloud and streaming infrastructure (it’s one of the largest bandwidth consumers), not to mention a sudden influx of new streamers – Disney Plus, HBO Max, Peacock and Apple TV Plus. More.

Jellyfish has acquired the Los Angeles-based creative agency Social Life. Read the release. Terms were not disclosed, but the acquisition sheds light on the new ad agency holding company playbook. Jellyfish sold a majority share of its business to the French holding company Fimalac in November, in a deal that valued the digital marketing agency at about $650 million. Jellyfish is similar to MightyHive, another Google reseller and platform specialist group. And Social Life, which specializes in quick-turnaround and digital-first production work, is similar to MediaMonks. MediaMonks and MightyHive were the first and second deals closed by Martin Sorrell’s new marketing holding company S4 Capital.