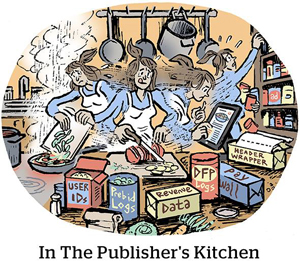 The Last Place You Search

​​Mozilla, which reported its earnings on Monday, expects to generate more than $500M in revenue this year. That’s up from roughly $465 million last year and around the same the year before.

Where’s the money coming from? Historically, Mozilla’s revenue has been very reliant on its Google search licensing deal for Firefox. In 2020, 88% of Mozilla’s total revenue came from Google, in exchange for default search engine status in the Firefox browser bar. This year, that ticked down to 86%.

In short, that means “for all intents and purposes, Mozilla remains fully dependent on Google for the time being,” TechCrunch reports.

But Mozilla is trying to diversify. “As advertising changes and the future of the web’s business model hangs in the balance, we have been exploring new and responsible ways to monetize that align with our values and set us apart,” said Mozilla CEO Mitchell Baker.

Rival search engines and browser operators, including Mozilla, Brave, Neeva and DuckDuckGo, are all angling to snatch market share from Google Search and the Chrome browser. They have industry heavy-hitters and financial backing.

Easier said than done, however.

Two of the biggest names in digital media are set to combine into a new publishing powerhouse.

Vox Media and Group Nine are in advanced talks to complete an all-stock transaction that would merge the two companies, The Wall Street Journal reports. The combined entity is expected to pull in more than $700 million in revenue and more than $100 million in profit in 2022, according to sources with knowledge of the merger talks.

Following the proposed transaction, Vox would have 75% ownership of the newly formed company, and Group Nine the other quarter.

The joint company would be led by Vox Media CEO Jim Bankoff, who confirmed WSJ’s reporting on the merger talks. Bankoff added that he expects the deal to be signed soon.

Group Nine CEO Ben Lerer would serve as a director on the board.

Although Group Nine formed a SPAC last year to explore its merger options, if this deal goes through, that investment vehicle would be off the table.

The combined company – Vox Nine? Group Vox Media? – is likely to pursue other deals once the merger is finalized, including a potential IPO down the line.

Podcast audience numbers and the total number of podcasts are trending up – and that means marketers will need to tackle brand safety from a new angle.

Some of the brand safety issues marketers and media sellers face in the podcasting space are ones they’re already used to from digital video, like keeping brands away from unsuitable content.

But podcasting is all about audio (to state the obvious) and so the biggest bets are on AI-backed transcription technology that lets brands exclude certain podcasts from their media plan, Digiday reports.

For example, a family-friendly brand might want to keep its products away from true crime using transcription-based keyword blockers that avoid mentions of violence.

But there are still a lot of questions. Marketers will need to consider how to balance scale with safety and grapple with what happens if viable audio content is misclassified. Keyword blocking is a clunky tool even online, where the transcription functionality is a lot more straightforward.

There are also nuanced subject areas, including news and politics, where content blocking could be useful – or counterproductive.

But audio platforms do have one big advantage, at least from a brand safety perspective, according to a source at IPG-owned media buying agency Mediahub: Podcast algorithms don’t tend to suggest new content to people beyond what they’re already listening to.

When did every celebrity become a creative director? [NYT]

Google is amping up its search bar and autocomplete features. [Search Engine Roundtable]

Amazon ramps up plans for an Instacart-like service in Europe and the US. [The Information]

Ecommerce search startup Klevu brings on Dan Griffin as its head of US partnerships. [release]