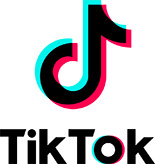 A Match Made In Heaven

What the heck is Walmart gonna do with TikTok? Faithful followers of this ridiculous saga will recall that the retail giant landed a 7.5% stake in TikTok Global. Megan Graham of CNBC believes the deal “could be a boon for the retailer’s tiny but growing advertising business.” Citing Credit Suisse analysis, for instance, Graham notes that TikTok’s 50 million US daily users is substantially more than the 1.5 million to 2 million daily Walmart shoppers. That’s not a perfect comparison but, hey, those are a lot of potential new people Walmart could access. “From the other side,” writes Graham, “Walmart could help TikTok accelerate its own young advertising business with a built-out sales team and strong industry reputation.” Though it’s hard to imagine a world where TikTok wants Walmart’s help with digital advertising, not to mention that if such were the case Walmart competitors might decide to avoid TikTok. So maybe it’s best to have a Chinese wall – no pun intended – between them.

TikTok might have slipped through Microsoft’s fingers, but it’s got other fish to fry, In the latest mega gaming merger, Microsoft is acquiring ZeniMax, parent company of gaming studio Bethesda, for $7.5 billion in cash. The deal will help bolster Xbox’s lineup ahead of a planned launch of next-gen consoles slated for early November, The Verge reports. The acquisition gives Microsoft control over upcoming, highly anticipated video game releases, including Bethesda’s forthcoming Starfield. New games, including Starfield, will launch on Xbox Game Pass the day they come to Xbox or PC. Despite shutting down Mixer, its gaming streaming service, Microsoft considers gaming to be a big part of its future. In Q2, Microsoft’s gaming revenue increased $1.3 billion, to 64%, with Xbox content and services driving the majority of growth. Xbox hardware revenue was up by nearly 50% in the second quarter.

And The Fraud Goes On

Most iOS and Android apps have no physical address on their app store page, according to research from fraud vendor Pixalate. That doesn’t guarantee these apps are shady, but it’s certainly a red flag. Apps determined to be from Cyprus, for example, a common shell company location, have an average of 2.5 million downloads each, which is more than two times as many installs as apps from other countries. Of the more than 4.7 million apps across the App Store and Google Play, 78% of iOS apps and 66% of Android apps have no identifiable address of registry. By the same token, 70% of Android apps have at least one dangerous permission, defined as a permission, such as the ability to access a device’s precise location, that could potentially affect a user’s privacy or the device’s operation. Surprisingly, the United States is the world’s largest offender on that front – 77% of US-based Android apps have dangerous permissions.