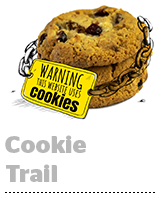 Looks like TikTok will stay operational in the United States. On Saturday, President Donald Trump said he supported a deal in principle between TikTok and Oracle, Reuters reported. Under the deal, TikTok will be based in the United States – “possibly in Texas” – and owned by a company called TikTok Global. Oracle will take a 12.5% stake and store its user data in the interests of national security. Walmart gets a 7.5% stake. (No word on the valuation of those stakes, though.) As one of Reuter’s sources points out, China-owned ByteDance still hangs onto 80% of TikTok Global. However, considering that US investors own 40% of ByteDance, technically TikTok Global will be majority-owned by US investors, once you toss in the Oracle and Walmart stakes. So in total, US investors will own about 53% of TikTok Global.

Peacock will be available on Roku devices after all. The two companies made the deal on Friday, according to Variety. Also, the 46 NBCU broadcast and cable apps that NBCU threatened to pull off Roku during the dispute will remain. Terms weren’t disclosed, though Variety said NBCU will provide some quid pro quo to Roku, which Roku described as “a meaningful partnership around advertising.” NBCU said 15 million people have signed up for Peacock since it launched nationally in July and, in a statement, added: “Roku’s incredible reach will not only help us ensure Peacock is available to our fans wherever they consume video but continue to expand NBCUniversal’s unrivaled digital presence across platforms.”

When Google said its Chrome browser would block third-party cookies, publishers reached out to the Justice Department and state attorneys, saying such a move would hurt their business while benefiting Google, according to The Information. This callout gave more weight to the government’s antitrust investigation, writes The Information. A few state attorneys general who are preparing a similar antitrust case against Google have also sought information about the plan to block ad trackers as part of their broader investigation, according to a June request by Texas Attorney General Ken Paxton. While it doesn’t seem like the Chrome cookie situation will make or break the antitrust case against Google, it’s yet more evidence. Investigators had already been digging deep into every facet of Google’s business to sniff out potential violations when the tech giant announced its plan for Chrome to block third-party cookies. Two anonymous sources tell The Information that “regulators started asking publishers and ad tech firms about the decision and how the industry could evolve once Chrome stops using these ad trackers in 2022.” Incidentally, the impact of losing cookies in Chrome was also a line of questioning during last Tuesday’s Senate hearing.

Feel The Burn (Not In A Good Way)

Agency employees are starting to experience serious burnout. The ongoing uncertainty of the pandemic economy is taking a toll not only on their productivity, but also on their mental health. While emotional stress and fatigue aren’t limited to the agency world, of course, the massive layoffs happening throughout the industry – and the promise of way more to come – serve as a constant, disquieting background hum to their everyday jobs. Joe (not his real name), a copywriter at a creative agency, tells Digiday that he’s having trouble concentrating on work. It doesn’t help that he feels like “fielding ridiculous client requests” seems silly and pointless with everything that’s going on in the world. Agency executives say they’re trying to help employees manage their stress/ennui cocktail by encouraging them to take breaks, use their paid time off, set time limits on meetings, switch from ceaseless Zooms to phone calls and to just be honest about how they’re feeling. Many agency employees, however, say honesty doesn’t feel like the best policy with the constant threat of layoffs on the horizon.

Facebook will start applying its content moderation policies to employee conversations on its internal message boards … because content moderation on Facebook works so well. The stated rationale for the move is to foster more honest and open discussion among Facebook employees and to head off tension in the workplace to do with fraught social and political issues, CNBC reports. “We’re updating our employee policies and work tools to ensure our culture remains respectful and inclusive,” a Facebook spokesperson said. But this change will also ostensibly help Facebook tamp down on embarrassing leaks. Employees have been leaking information left and right in recent months from both intra-company conversations and Facebook’s weekly internal Q&A sessions – evidence that the natives are becoming increasingly critical of FB policies. A story in BuzzFeed last week, for example, highlighted a memo shared by a fired Facebook data scientist outlining how the company failed to act on election interference.