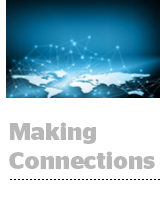 A regulatory filing revealed that Apple has acquired DataTiger, a digital marketing company specializing in customer journey tracking. Apple has assembled an interesting portfolio of tech companies in recent years, including the audio recognition app Shazam and Texture, a digital magazine subscription service. But the company has been guarded about the potential applications. Apple and DataTiger didn’t respond to Bloomberg, though the startup could be useful for Apple’s own marketing purposes if not as a product for its Services business. Apple is trying to boost Services revenue – its cut of marketing, transactions and subscriptions – as iPhone and hardware growth starts to trail off [AdExchanger has more]. According to recent reporting from The Wall Street Journal, the company wants 50% of revenue from publishers for a proposed “Netflix for news” offering, and has also undertaken an executive reshuffle to focus on that Services revenue.

Not On My Watch

Facebook may loosen its policy for Watch advertising so that TV and digital media companies with content on the platform’s video hub will be able to serve ads with their own ad tech providers. “For example, a TV network that shares late-night TV clips to Watch would control the ad inventory, instead of having Facebook deliver all the ads, as it does now,” Ad Age reports. It’s a surprising concession coming from Facebook, which will have to hand the keys over to rival companies like Google Ad Manager and Comcast’s Freewheel and yet another sign that Watch has not gained much traction. “The scale just isn’t there yet,” says one video advertising exec. “It’s puzzling how little is going on there.” More.

A new report from British Parliament recommends the creation of a watchdog to oversee tech companies, similar to how government oversees media companies, and suggests platforms should be required to remove hate speech and other content by law, The New York Times reports. “The era of self-regulation for tech companies should come to an end,” said Damian Collins, chairman of the Digital, Culture, Media and Sport Committee. The scathing report followed an 18-month investigation into Facebook’s role in spreading misinformation online.  Read it. Facebook said it is open to “meaningful regulation.” More. Related: In the United States, the FTC is negotiating a multibillion-dollar fine, its largest ever, that would settle an investigation into its privacy practices. More at WaPo.