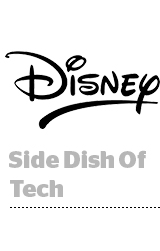 Disney has often been discussed as a potential buyer of ad tech, but hasn’t shown much interest in the category. It bought a majority stake in the streaming video technology BAMTech in 2017, and ended up taking a $469 million write down on the deal. But now Disney is bringing on an ad tech property, TrueX, with the acquisition of 21st Century Fox. The big question for TrueX customers is whether Disney will internalize the tech, using it exclusively across Disney properties, or will retain it as a standalone ad tech business, Ad Age reports. Others major media owners face the same question, such as Comcast–Freewheel and AT&T–AppNexus. “Buyers want cross-marketplace solutions that allow us to implement in a consistent way,” says Adam Gerber, president of global media at GroupM’s Essence. “The more walled gardens that go up, the more separation that’s created, the more challenging it is for us to innovate. For us to innovate at scale we’d need to do a bunch of one-off [tests]. That’s not efficient.” More.

Amazon came out of beta with Amazon Moments, a subscription and loyalty program fulfillment solution. “Some marketers, especially in the loyalty space, created rewards programs that are points-based, and then had to figure out how to source physical products as rewards, how to get them to the customer, ship them, and so on,” Amazon’s head of digital marketing, Amir Kabbara, tells MediaPost. With Amazon Moments, a company can set requirements and their customer acquisition price, and Amazon will offer specific rewards or items that meet the price and then fulfill the delivery. It’s a way for brands and media companies to take advantage of their own research, he says. For instance, if a network knows people who watch the first seven episodes of a show tend to finish the season, it can nudge viewers by offering a reward after seven episodes. More.

The EU agreed on a new copyright law Thursday that will allow publishers to negotiate licensing revenue for search results that go beyond “very short extracts” of articles, The Wall Street Journal reports. The deal was preceded by months of opposition and lobbying from both sides, and was agreed upon after France and Germany made exemptions for small internet companies that can’t afford to run licensing software. Google in particular has been lobbying hard, and even threatened to shut down Google News if the copyright law was passed. The company ran a test last year, criticized by many publishers as a ploy, that showed if the platform were to stop running text snippets below headlines, traffic from Google News would decline by 45%. More.