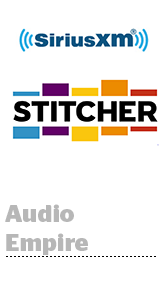 SiriusXM completed its $300 million purchase of Stitcher on Monday, its latest move to build the satellite radio company into a podcasting empire. The Stitcher app gives listeners access to podcasts from the likes of Freakonomics Radio, the Oprah Winfrey Network and Conan O'Brien on an ad-free or ad-supported basis. It also offers ad inventory from hundreds of podcast shows. The deal follows SiriusXM’s $3.5 billion purchase of Pandora in 2018, and its summer acquisitions of podcast management platform Simplecast and AdsWizz, which will be the company's new ad tech arm and power Pandora’s advertising efforts. "With Stitcher and its varied assets, we are now a one-stop shop able to meet the needs of podcast creators, publishers and advertisers, while also providing listeners with access to great shows, series and programming," SiriusXM CEO Jim Meyer said in a statement. TechCrunch has more.

So here’s a new publisher revenue stream we didn’t expect: pet insurance. Group Nine Media-owned pub The Dodo is getting into pet insurance, thanks to Group Nine’s minority stake in pet insurer Petplan, which will be renamed “Fetch by the Dodo” in May 2021. “For digital media, I think we all have the challenge of needing to be good at multiple things at once,” Group Nine CEO Ben Lerer said. The Wall Street Journal points out that Petplan already has 250,000 paying subscribers, 50,000 of which are new members since May 2019. The deal between Group Nine and Petplan also includes brand licensing and marketing services deals whereby The Dodo will promote Petplan’s products and services for a fee. Other Group Nine non-ad revenues include selling TV shows, licencing its properties for children's books and – prior to the pandemic, of course – live events.

The Future Of Local News Is ... Sponcon?

The struggles of local news publishers have been well documented for more than a decade. Local newspapers have declined 25% since 2004, based on estimates from University of North Carolina journalism professor Penelope Muse Abernathy. So what’s rising to take its place? Conservative content networks with partisan POVs, The New York Times reports. One such network, overseen by a former TV reporter named Brian Timpone, includes 1,300 sites “that aim to fill a void left by vanishing local newspapers across the country.” The network is made up of propaganda from “dozens of conservative think tanks, political operatives, corporate executives and public-relations professionals …” The Times points out that although Timpone’s network doesn’t post “outright false” information, it’s rooted in deception and doesn’t always disclose the pay-for-play nature of its articles, in violation of FTC requirements.