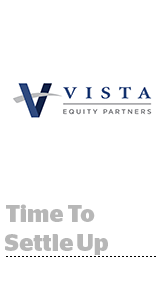 Robert Smith, CEO of Vista Equity Partners, agreed on a $139 million settlement with the Department of Justice due to his role in a tax evasion scheme involving the use of undeclared offshore accounts. According to Axios, Smith’s admission of guilt has left Vista staff members feeling that they were lied to about the scope of his legal problems. Smith was ensnared after federal prosecutors charged Texas billionaire Robert Brockman, with whom Smith has a business relationship, for his role in a $2 billion tax fraud scheme. Vista has been active in the mar tech and ad tech space, having acquired a portfolio that includes Mediaocean and Integral Ad Science. Vista also bought Marketo for $1.8 billion, later turning around and selling it to Adobe for $4.8 billion. Smith, meanwhile, was previously heralded for paying off the student loans of Morehouse graduates in 2019.

Belgium’s data protection authority (DPA) is calling into question the legality of IAB Europe’s Transparency and Consent Framework, TechCrunch reports. The TCF, now in its second iteration, is the industry’s solution for sharing consent while still complying with GDPR. But according to the Belgian authority, the TCF itself fails to comply with the GDPR principles of transparency, fairness and accountability, and also enables the unlawful processing of data, including special category data, such as health information, political affiliation and sexual orientation. It’s important to note that the Belgian report only represents the data authority’s preliminary views and is not legally binding, at least not yet. In a statement, IAB Europe respectfully disagreed with the findings and noted that it’s been in close contact with DPAs across Europe over the past three years as it’s worked to refine the framework. If the Belgian interpretation of TCF is upheld, it “would have a chilling effect on the development of open-source compliance standards that serve to support industry players and protect consumers.” And without the TCF, the future of RTB in Europe is a big question mark. [Related in AdExchanger: “UK Data Watchdog Has ‘Significant Concerns’ About Real-Time Bidding And The Transparency And Consent Framework”]

The Road To Hell

Another day, another backlash against social media. When the New York Post published an unverified piece about Hunter Biden, Twitter and Facebook clamped down on the distribution of the story. Conservative politicians respectfully disagreed with that decision. No, just kidding: They had a coordinated freakout led by Trump. Late Thursday, Twitter reversed course saying it would allow the sharing of content similar to the New York Post article, albeit with a label explaining where the information came from. “Twitter’s bob-and-weave in particular underlined how the companies have little handle on how to consistently enforce what they will allow on their sites,” according to The New York Times.

The adoption of automation and AI is fundamentally changing how media and creative agencies operate, organize themselves and deliver client value, according to a new report from Forrester, which is predicting that agencies will shrink by 11% through 2023. On the one hand, that’s a good thing. Technology is helping agencies seize upon new insights, devise automated media buying tactics, produce creative faster than ever before and use automation to push the boundaries of creative craftsmanship. But by the same token, when the robots rise … the headcount falls. “Applied to agency workflows, innovations in AI and intelligent automation will yield a long-term reduction in the size of agencies,” writes Jay Pattisall, a principal analyst at Forrester and lead author of the report. Forrester forecasts that agencies of all types will reduce their number of human employees by at least 25% through 2032. But the culling is coming sooner than that. The US agency sector is set to lay off around 52,000 jobs over the next two years.