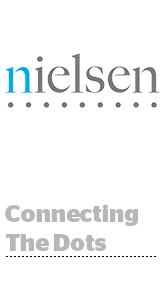 Digital advertising in the United Kingdom dropped by 5% during the first half of the year due to (we don’t even need to say it), particularly during Q2, according to new data from IAB UK and PwC – and that actually ain’t so bad, all things considered. But 5% is getting off easy, writes Mobile Marketing Magazine, compared to the UK GDP, which was down 20.4% in the second quarter alone. And check this: During Q1 and Q2, video and display spend actually grew in the United Kingdom, with video up 5.7% YoY to 1.35 billion pounds (around $1.74 billion), while display increased 0.3% to 2.84 billion pounds (roughly $3.67 billion). Mobile spend fell just 1%. “There is cause for hope,” said Jon Mew, CEO of IAB UK. “Following 22 years of consecutive growth, the digital ad market went into this crisis in a position of strength, and it’s great to see some areas of growth, despite the circumstances.”

It’s the opposite of banner blindness. Nearly half of Americans (45%) say that they notice out-of-home advertising more than they did before the pandemic. That’s according to research from the Out Of Home Advertising Association of America, in conjunction with The Harris Poll. Why would that be? A large percentage of respondents say they find signage about hygiene, safety and sales to be useful, while others say they’re comforted by the mere existence of outdoor display as a sign of business returning to some semblance of normality. More than two-thirds (68%) say that they’ve begun tuning out online ads because of the massive uptick in screen time during the pandemic. The survey also found that 80% of Americans say their holiday season plans have been upended due to COVID-19 but, even so, 67% still expect to travel for the holidays. And 42% of US adults anticipate traveling as much or more than last year.