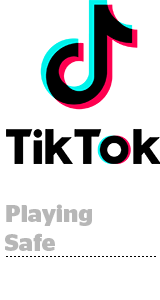 Brand safety is proving a significant hurdle to TikTok’s growth as the company seeks to calm the nerves of advertisers who are drawn to its massive audience of young people, but fretful about objectionable content. “This is the number one conversation we have with every agency and every client,” TikTok’s VP of global business, Blake Chandlee, said this week at AdExchanger’s Programmatic IO conference. To appease those ad buyers, TikTok has tapped OpenSlate to independently verify certain categories and content types as brand safe. Through the partnership, brands can see where their ads are running through pre-campaign solutions and post-campaign analytics. Press release.

Another Feather In The Cap

Peacock is peacocking. According to research firm Kantar, NBCU’s recently launched streaming service netted the most new subscribers in Q3, laying claim to 17% of all new VOD subscriptions. Why did Peacock heat up this quarter? It had a range of pricing plans, and a variety of content that drove people to sign up. Amazon Prime Video also did well, with 16% of new subscribers in Q3, but that’s down from 23% the previous quarter. Notably, Kantar is examining the three month period ending in September, so it remains to be seen how well Prime Day did in juicing those Amazon numbers. Over in the other corner of the ring, the embattled HBO Max held steady, grabbing an 11.3% share. But the AVOD newbies gave the kings of streaming a little run for their money last quarter. Netflix and Disney both struggled as subscribers hooked into Peacock and HBO Max instead. Also worth pointing out, 10% of users switched in Q3, meaning that a household canceled one subscription in favor of another – so there’s a lot of opportunity for conquesting.

Advertisers are asking for more flexibility than ever in their digital upfront negotiations with publishers, Digiday reports. Why? The pandemic, natch. When COVID-19 first began to wreak its economic, operational and branding havok, many publishers cut their ad partners a lot of slack due to the circumstances. They let brands cancel deals at the last minute, pause campaigns for months at a time and in some cases even allowed them to walk away from previous spending commitments made earlier in the year as part of upfront agreements. But now publishers are leery of seeding too much control … at the same advertisers seem to have lost their appetite for big, long-term deals heading into 2021. As one revenue leader put it to Digiday: “You wonder, did the market get a taste of, ‘I can do anything I want’?”

M&A Is In The Air

Momentum is picking up on the M&A front. After a chilly first half of the year due to pandemic uncertainty, deals are getting done — and it’s happening across sectors. On Tuesday, video-focused mobile ad network Vungle spent a little of its Blackstone cash to buy AlgoLift, a mobile ad marketing intelligence firm it says will help power contextual targeting in the absence of device IDs. And on Wednesday, Amazon advertising platform Teikametrics bought Israeli market intelligence company Adjusti.co to help brands take advantage of the pandemic-induced surge in online shopping. Also on Wednesday, it was reported that Insider Inc., Business Insider’s parent company, is close to acquiring a controlling stake in news startup Morning Brew, known for its popular email newsletters. Nice to see investor confidence coming back.

Nick Emery Out At Mindshare

WPP media agency Mindshare has fired global CEO and co-founder Nick Emery, after a “clear breach of the company’s code of conduct,” according to Campaign US. GroupM CEO Christian Juhl will serve as interim CEO and said in a statement: “Inappropriate and offensive behavior is not tolerated in our company, and when we see any employee breach our code of conduct, we take swift action.”