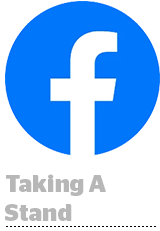 Today in Facebook ad ban news: Facebook will bar ads that discourage users from getting vaccinated, the company said Tuesday. The move is part of a larger new flu vaccine information campaign launching on Facebook. The social media giant will still allow ads that promote or disagree with government policies or legislation related to vaccines. “Our goal is to help messages about the safety and efficacy of vaccines reach a broad group of people, while prohibiting ads with misinformation that could harm public health efforts,” Facebook noted in a blog post. Facebook already banned ads with vaccine misinformation and hoaxes. Jason Hirsch, a public policy manager at Facebook, told Reuters this summer that users should be free to express their personal anti-vaccine views and that aggressive censorship could push some toward the anti-vaccine camp.

Being stuck at home during the pandemic lockdown spurred massive online shopping, which will propel 2020 ecommerce sales to levels not projected for another two years. Emarketer predicts  that online sales will hit $794.5 billion in 2020, a 32.4% year-over-year increase. “We’ve seen ecommerce accelerate in ways that didn’t seem possible last spring, given the extent of the economic crisis,” says Andrew Lipsman, a principal analyst at eMarketer. Online shopping will offset a 3.2% dip in spending at brick-and-mortar stores, while the top 10 online retailers will increase their footholds and grow their share of the online sales pie to 63.2% from 57.9% last year. Leading the pack is Amazon, of course, whose share will increase to 39%. Amazon yesterday kicked off Prime Day, which was postponed from June due to pandemic-related supply-chain headaches. With Walmart, Target and other retailers rushing to unveil their own online sales to compete, Tuesday may mark the unofficial beginning of the most unpredictable holiday shopping season in recent memory. [Related in AdExchanger: “Amazon Is Primed To Set A Nearly $10 Billion Sales Record On Prime Day This Year.”]

Disney Is All-In On Streaming

Disney is putting streaming at the center of its media and entertainment divisions with a restructure aimed at driving its direct-to-consumer strategy, CNBC reports. Its media business will now be centralized into a single division that oversees content distribution, ad sales and Disney Plus, to be headed by Kareem Daniel, the former president of consumer products, games and publishing. As of August, Disney topped 100 million paid subscribers across its streaming offerings, with half subscribing to Disney Plus – a reflection of pandemic-related behavioral shifts … which have also taken negative toll on Disney’s theme parks and theatrical business. But according to Disney CEO Bob Chapek, Disney’s streaming-centric reorg would have been in the cards regardless of COVID-19. “I would not characterize it as a response to COVID,” Chapek told CNBC. “I would say COVID accelerated the rate at which we made this transition, but this transition was going to happen anyway.”