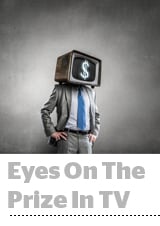 Brands are seeing delays with their Walmart ad buys as a result of the retailer’s transition from Triad Retail Media, which previously repped its inventory, to an in-house sales team. “We are migrating remaining accounts from Triad to Walmart Media Group and, as with any transition, there can be delays,” a spokesperson tells Ad Age. “But we’re committed to the best possible campaigns for our brand partners and are in close contact with them as we work through the delays.” The story’s sources are all agencies and no brands are named, so take it with a grain of salt. Read it.

Comscore will supply the ratings and currency for Xandr’s addressable linear inventory marketplace – which includes DIRECTV, Altice USA and Frontier, as well as AT&T sister company WarnerMedia. “The partnership is designed to give advertisers reliable third-party measurement across the leading national live linear addressable footprint,” according to the release. There’s a heated race to be the next-gen currency in data-driven television. Nielsen has long been the leader, but Comscore has made inroads in local TV and cross-channel measurement. And CFlight, championed by NBCU, is another currency designed to work across TV and digital.

The merger between CBS and Viacom has big streaming implications. GroupM’s global president of business intelligence, Brian Wieser, pointed out that if ViacomCBS, as the new company is known, doubles down on streaming, it could create problems for advertisers in need of scale. “Assuming streaming service ad loads remain light, with problematic cross platform audience measurement issues outstanding – the company could accelerate the challenges that advertisers have in reaching audiences on television,” Wieser writes. He adds that advanced advertising could partially alleviate these issues, though cautions: “Historically, CBS has only pursued advanced TV solutions to a limited degree.” More.