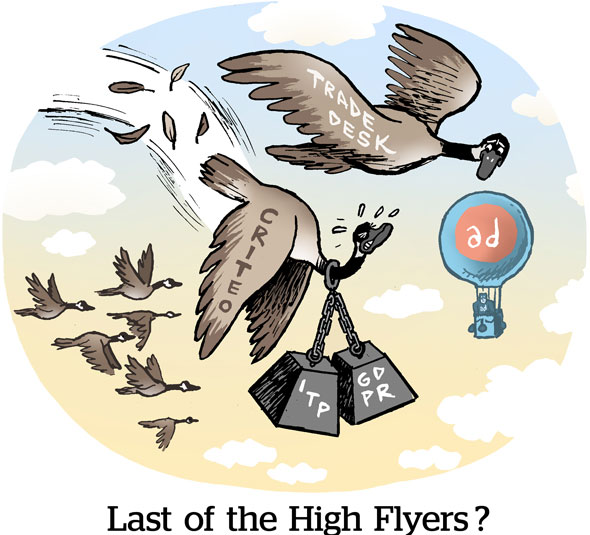 The movie “Minions: The Rise of Gru” would be a box office hit even without swarms of TikTok-obsessed users – aka “Gentleminions” – showing up to screenings dressed in suits. That’s organic.

But the Minions marketing team is also going to town with an absolutely ridiculous comarketing spree. Some examples include a branded banana cream Olipop soda, a Hippeas snack line, HelloFresh meal kits, packaged salads, vegan muffins … There are too many examples, so check out these two TikTok roundups.

Food and beverage brands really do love their co-branding deals.

But Minions isn’t the only example from this week. On Monday, Taco Bell announced that a product launch with the Kellogg’s-owned snack brand Cheez-Its had run out of supplies after a few days. Sorry to those who wanted but didn’t get their mitts on a giant novelty Cheez-It cracker.

Major studios have a long history of co-marketing deals, although the new Minions flick takes the cake. Speaking of, you can now get co-branded Minions banana pancakes from IHOP. But co-branded snack partnerships are also major data-gathering opportunities.

The Taco Bell Cheez-It Crunchwrap Supreme was only available to customers who ordered directly through the website or app. Yummy first-party data.

Last year, Mondelez told investors that a line of co-branded Pokemon Oreos was the company’s most successful launch ever – and they launched exclusively to ecommerce shoppers.

A few years ago, Criteo faced an existential crisis. Apple’s privacy policies seemed purpose-built to take the company. Criteo faced a campaign by hedge fund short-sellers who considered it fraudulent. For a period in 2020, Criteo traded below the value of its cash and owned assets.

But Criteo weathered those tempests and has now taken the lead in the programmatic retail media category, Insider reports.

But the competition is immense and Criteo will constantly have to prove its worth. Although Criteo just won a bakeoff with Publicis-owned CitrusAd for the Macy’s business, it lost Walmart – a former Criteo client – when the retailer defected to partner with The Trade Desk.

Even so, Criteo’s position has become defensible. Heck, you can even make the bull case for Criteo once again.

CitrusAds, its closest rival, is actually not so close. And now that Citrus is part of Publicis, it’s likely that other hold cos will prefer to work with a vendor like Criteo rather than a solution provider owned by another agency holding company. Even in-house retail platforms often quietly continue to use third-party tech, Criteo being the default.

Amazon will include restaurant delivery as part of its seemingly endless ecommerce repertoire.

Just a week after rolling out new performance analytics for advertisers based on grocery store data, Amazon added Grubhub delivery to its consumer Prime offering.

As of Wednesday, Prime members get a year-long membership to Grubhub, which includes free delivery from certain restaurants and other discounts.

Amazon also gets a 2% stake in Grubhub’s US business, although that stake can rise to as high as 15% depending on performance. The deal between Amazon and Grubhub parent company Just Eat Takeaway will renew annually, WSJ reports.

The move is mutually beneficial. Prime gets even stickier and although competitors such as DoorDash and Uber Eats have seen their stock prices drop recently, Just Eat shares swelled 22% in European markets on news of the partnership with Amazon.

The deal also extends Amazon further into advertising beyond its marketplace. Grubhub offers advertising services and has its own mobile performance marketing business.

Binge while ye can. The age of peak TV is ending. An age of entertainment austerity is beginning. [Bloomberg]

Eric Seufert on the DMA and the “content fortress-ification” of the app economy. [Mobile Dev Memo]