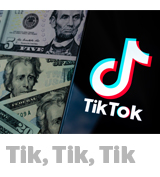 After racking up more than $50 million in losses last year, BuzzFeed is working its way toward profitability. The digital media company laid off 250 staffers and is benefiting from new revenue streams. Sponsored content, once BuzzFeed’s crown jewel, now makes up just 30% of revenue, while newer businesses like ecommerce and retail sales brought in $200 million last year, The Wall Street Journal reports. Commerce, BuzzFeed’s fastest-growing business, makes up 21% of revenue. The publisher sells “Tasty”-branded cookbooks and kitchenware at retailers like Walmart, while partnering with manufacturers trying to reach younger consumers online. This year, BuzzFeed plans to create a membership model for niche social groups with shared interests and launch a lead-gen business in travel and hospitality. “The two most important players in this chain are the publisher who inspired a consumer to take action and the companies that actually deliver the product, in this case the hotel and airline,” BuzzFeed CEO Jonah Peretti wrote in a memo to staff. “But most of the profit is captured by digital middlemen who didn’t create much value.” More.

Pinterest has taken a beating since going public in April of last year. Its stock is down by almost half since a peak last August and now sits below its IPO price. But the company could bounce back with the help of some bullish supporters on Wall Street, Bloomberg reports. Pinterest has been plagued by inflated expectations as a “unicorn” that must compete with Facebook. Analysts also largely overestimated Pinterest’s revenue last year, and the company is now working from a more reasonable baseline. Investors like Pinterest’s consumer data, but don’t think the company has quite figured out how to translate its users and data into media and analytics revenue. “The stronger that ad tech toolset is and the more things they could address for advertisers, the more money advertisers will be willing to spend on the platform,” said Wedbush analyst Ygal Arounian. “That could help re-accelerate growth.” More.

TikTok continued its hot streak to close out 2019. The Chinese video-sharing service’s in-app purchase revenue ranged from $50 million to $90 million in Q4, a huge jump from the previous quarter, according to estimates from mobile app tracking firms like Apptopia and Sensor Tower. The figure just accounts for purchases within the app – not TikTok’s nascent ad tech business, which also hit the ground running in 2019. TikTok’s revenue is fast approaching “material scale,” writes TechCrunch, and it will be one of the most closely watched companies in the mobile app and technology ecosystems in 2020. More. Related: All About TikTok: An Advertiser’s Guide To The Fast-Growing Video App