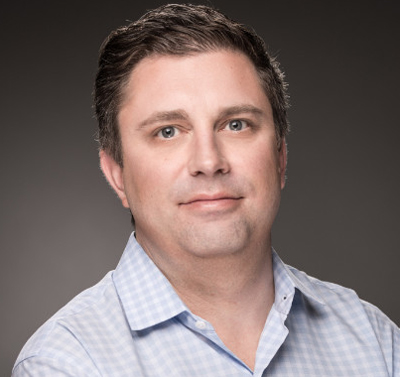 Graham Mudd is leaving Meta to start his own PET project – literally.

On Thursday, Mudd, Meta’s VP of product marketing for ads and business products, announced in a personal Facebook post (natch) that he’s departing after nearly a decade at the company to launch a startup focused on building privacy-enhancing technologies (PETs).

His last day will be in early March.

In many ways, Mudd has been the public face of Facebook’s pivot toward building a more privacy-based ad platform. These moves have been motivated in large part by Apple’s recent privacy changes, but also by privacy regulations around the world and other forms of signal loss.

It’s been Mudd’s job to manage product marketing for Facebook’s (and now Meta’s) ads and business products and to support the product development process more broadly.

In August of last year, Mudd told The Verge that Facebook recognizes “personalization will evolve meaningfully over the course of the next five years” and reiterated the company’s plan to invest in privacy-enhancing technology solutions with a focus on aggregation and on-device computing.

Sometimes that comes in the form of proprietary solutions like Private Conversion Lift, a tool currently in beta that would measure the incremental impact of an ad campaign on conversions without exposing user information either to Facebook or the advertiser.

But Meta is also contributing to proposals under discussion at the World Wide Web Consortium (W3C), like Interoperable Private Attribution, which is a joint effort between Meta and Mozilla engineers.

In his farewell post, Mudd notes that “the way data is used needs to evolve” and that “the internet can and must become more privacy centric.”

“Of course, this will require tradeoffs – ads might not perform quite as well,” he wrote, “but there are new approaches [and] new technologies that can reduce this tradeoff while providing the privacy we need.”

Mudd didn’t share many details about the new startup – his co-founder, for example, is still under wraps – but he’s planning to announce the company officially within the next couple of months, along with funding.

Following Mudd’s departure, several members of his team will step into broader roles.

Dennis Buchheim, who joined Meta in June as VP of advertising ecosystem, will become more visible in his role leading engagement with the ad industry on issues tied to privacy and standards development happening at the W3C, the IAB Tech Lab and in other related forums. Before Meta, Buchheim spent nearly four years in various executive roles at the IAB Tech Lab, including as president, general manager and, most recently, CEO.

We’ll also likely start to hear more from longtime Facebook/Meta executive John Hegeman, the product lead for ads overall. Before taking on the VP of ads role in June, Hegeman served as the VP of News Feed (or just “Feed” now, for some reason).

“We are grateful for Graham’s contributions over the last decade, and we look forward to seeing what he builds next,” Meta said in a statement shared with AdExchanger. “As the ad industry starts to adopt privacy-enhancing technologies, it’s going to require a robust ecosystem of companies to support this next era of digital advertising.”