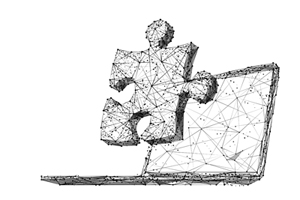 Audience targeting to serve ads more efficiently across platforms gets a lot of attention – but the user experience often gets short shrift.

On Thursday, Univision became the latest broadcaster to sign on with Ad-ID, a standard creative identifier that was first introduced as a joint effort between the 4A’s and the Association of National Advertisers (ANA) in 2002.

Ad-ID is a 12-digit code that uniquely identifies ad creatives so advertisers can better manage their campaigns and avoid some of the common problems that crop up as part of the digital video ad experience – particularly overfrequency.

But adoption has been slow and, until now, mostly limited to linear TV, said Marla Kaplowitz, president and CEO of the 4A’s. “We’ve been trying to push it into digital for several years.”

Adoption across digital platforms has been ticking up since the IAB released the first version of its video ad serving template, or VAST, in 2008.

But Ad-ID made its biggest jump into the digital world last summer, when it announced NBCU as its first official publishing partner.

“Publishers are starting to recognize that, operationally, this creates better efficiencies in ad tracking [because] it allows for consistency,” Kaplowitz said. “[And] if we can make [Ad-ID] ubiquitous throughout the entire ecosystem, there’s tremendous value in significantly reducing ad frequency and ad collision – especially with the proliferation of CTV.”

To that end, Ad-ID’s network of agencies and advertisers has grown between 10% and 15% since then, said ANA’s CEO Bob Liodice.

“Ad-ID is a superhighway from the advertiser all the way through to the end consumer,” Liodice added. “It’s essentially a digitized inventory tracker.”

And without it, measuring across platforms can’t happen, said Donna Speciale, president of sales and marketing at Univision.

“Everybody’s talking about cross-platform measurement and audience targeting across the board, [but] that’s just not possible without tracking creatives – the systems have to connect,” Speciale said. “Ad-ID brings us into the next century of what [media companies] need to be able to do across platforms.”

And yet, the mechanisms used for cross-platform TV and video measurement are still antiquated.

Univision, one of the largest Spanish-language broadcasters, is also Ad-ID’s first media partner with proprietary content in a language other than English.

“[Univision’s] role in the ecosystem is so critical in terms of Spanish-language programming,” Kaplowitz said. “[And] this demonstrates the value of every aspect of the ecosystem, regardless of language.”

Although the ANA is primarily pushing Ad-ID in the US [for now] – “the US is like the beta test,” Liodice said – there’s no reason it can’t be used overseas.

Eventually, Ad-ID will go global and likely become mandatory, Speciale said, noting that “multiculturalism is at the forefront of the conversation now.”

Still, adoption remains a challenge, despite strides in the right direction.

“A media company can bring Ad-ID on,” Speciale said. “But if the agencies and the marketers aren’t utilizing it, then it doesn’t work.”