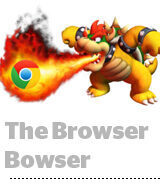 As the ad industry struggles to come up with solutions to its identity crisis, Kinesso, IPG’s data and technology unit, claims it has the key … ahem, the Kii. That’s what Kinesso is calling its new identity offering. In a world without third-party cookies and mobile ad IDs – cue the movie voice-over guy – Kii, which stands for Kinesso Intelligent Identity, claims to allow marketers to connect with audiences in a privacy-compliant way with a data syndication approach that matches audiences through onboarders or direct connections with publishers. Kii is already live with clients, who have seen between 15% and 20% improvements in campaign reach, Adweek reports. IPG Mediabrands, the media and marketing solutions division of IPG, and The Trade Desk are among the first media partners that have committed to using Kii. “Our clients understand that having access to all audiences, regardless of which ‘garden’ they are gated in, is key to re-aggregating reach, deepening engagement and driving growth for their business and brands,” says Mediabrands global CEO Daryl Lee.

“Come on, Apple, set Safari free!” That’s the rallying cry in a blog post by Bruce Lawson, a veteran web browser developer. Apple’s most credible argument for restricting browser choice is that if it allowed Chrome to be built into iOS, Google would take over the market – Microsoft and Opera already abandoned their own browser engines for the Chromium open-source product. The flip side of that approach is that Chrome already dominates the market, and does so without much challenge because its would-be contender, Safari, languishes with little investment and relatively few updates. Apple is content to take a majority share of iPhone, iPad and MacBook owners using Safari as their default, and isn’t fighting for Safari to win on other devices or platforms. Apple has talented browser developers and standards experts, not to mention a colossal marketing budget, Lawson writes. “If Apple allowed Safari to actually compete, it would be better for web developers, businesses, consumers, and for the health of the web.”

Amazon settled a lawsuit against two social media influencers who were selling counterfeits on the Amazon platform, backed by a network of third-party sellers in China. The counterfeits slipped by Amazon’s software and human oversight because the items listed on the platform were seemingly legit. But the two social media influencers fronting the operation promoted the knock-off items on Instagram, Facebook and TikTok, telling followers that the listings on Amazon for generic merchandise would actually be counterfeit Gucci and Dior. Which meant most customers knew the item listed on Amazon was fake, and a cheap designer knock-off would come instead. Amazon’s legal team did pin down the two social account holders, but hasn’t been able to identify the back-end of the fraud operation, which consists of sellers and manufacturing based out of China, CNBC reports.

Disney Plus will surpass Netflix in global subscriptions in 2025, per forecasts. [MediaPost]

The media business has a bigger Ozy problem. [The Rebooting]

Sinch has acquired Pathwire, the company behind Mailgun and Mailjet, for $1.9B in a bid to add email into its API-based communications platform. [TechCrunch]