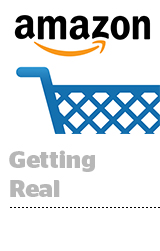 Amazon’s newest foray into offline retail is a store called Amazon 4-star in New York City’s SoHo neighborhood featuring products that have high ratings and are trending with New Yorkers. The store will be similar to Amazon’s small chain of bookstores, which display Amazon online reviews and ratings next to books and show different prices for Prime members. The advantage Amazon has in curating its store selection is similar to Netflix’s or Amazon Prime’s advantages in selecting original content based on audience consumption data. “Amazon 4-star’s selection is a direct reflection of our customers – what they’re buying and what they’re loving,”  according to the Amazon blog post announcing the store. The Wall Street Journal has more.

Is the rebates scandal of 2016 about to come back to haunt media agencies? CMO Today reports that federal prosecutors in Manhattan have been interviewing people in the ad industry about media kickbacks such as those detailed in the ANA’s now infamous transparency report. The big holding companies declined to comment, except Omnicom, which only said that it hasn’t been subpoenaed. More. Campaign reported something similar back in June. Read that.

Brought To Your Attention

Buyers are struggling under the incremental costs of strict quality standards and inventory filters, which can often cover half or more of all biddable impressions for a campaign. 33Across, a publisher ad tech company, is addressing the problem with a new exchange product called AttentionX that will source only viewable inventory. Read the release. It’s sensible for supply-side tech to provide a more adjustable inventory nozzle based on quality standards, since buying platforms plugged into many SSPs can end up accruing so many unwanted impressions that it becomes a legit data storage headache.

Facebook is coming for the TV budgets. On Thursday, the company started testing upfront-like buying capabilities that advertisers will be able to use across news feed video and Watch. With Facebook’s In-Stream Reserve program, buyers can secure placements in advance to reach specific in-target audiences as verified by Nielsen. Advertisers can also reserve genre-specific content packages across categories, such as sports, fashion, beauty and entertainment. (Remind anyone of YouTube’s Google Preferred offering?) Last up, Facebook is introducing the ability to optimize for completed video views through something called ThruPlay, which only charges advertisers if an ad is watched to the end or for at least 15 seconds. (TrueView, anyone?) Read Facebook’s blog.