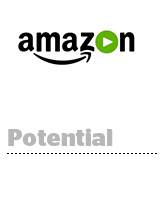 Amazon has discussed building its own video ad server that would put it squarely in competition with Comcast’s FreeWheel and Google, Mike Shields reports for Business Insider. The product could power advertising on Amazon’s streaming platform, where ad-supported video streaming is limited today but expected to grow. It’s unclear if the idea is in development or just discussions, but Amazon would have a couple of advantages over Comcast and Google. For one, it could build its video ad server tech from the ground up for connected TV, while incumbents have roots in desktop advertising. And, of course, there’s the Amazon consumer data to help target and measure campaigns. More.

As the dust settles after a string of huge media buyouts – including Time Warner, Sky TV and 21st Century Fox – some awkward ownership structures have resulted. Divestitures may follow. For instance, Comcast is considering a swap of its 30% stake in Hulu for Disney’s 39% ownership of Sky (via the Fox acquisition), which would give Disney 90% of Hulu and Comcast full control over the UK pay-TV network. CNBC reports that Comcast sees “only limited value in owning a non-controlling stake in Hulu.” But Comcast’s Hulu board seats, occupied by heavy hitters including Linda Yaccarino, NBCUniversal’s chairwoman of advertising, could be invaluable even in the minority, writes VideoNuze. “It would be giving up its front row seat to how many of the most important industry trends are playing out in the US,” including streaming subscription growth, OTT service to connected TVs, cross-device viewership and live video distribution. More.

The momentum at Netflix, Hulu and Amazon Prime has obscured an important fact about the streaming business: Many try to make it work and very few succeed. The Information details the carnage in a new story, noting Comcast’s NBCU closed Seeso, AT&T’s Fullscreen Media dropped its $6-per-month subscription and Verizon’s go90 … well, you’ve heard that story. For startup rivals, the prospects are bleaker in light of the ad budgets required to build a brand and subscriber base. More.