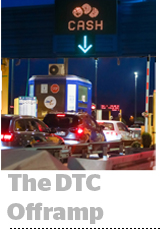 Amazon is on a charm offensive to bring in more agencies and non-endemic brands, like financial services companies or auto manufacturers that don’t sell on its platform today. Amazon is doing a roadshow pitching its data and OTT chops to help create campaigns that go beyond its core ecommerce business, Business Insider reports. But the company still relies on shopper-centric data, without delving into more general demographic and behavioral targeting. “Right now, it’s Amazon saying, ‘Trust us, we know this works,'” says Will Margaritis, Dentsu Aegis Network’s SVP of ecommerce. “Brands want to know exactly what they’re getting, and when some of these features are new, it can take some convincing to get a brand to put [money] into the big, shiny Amazon bucket.” More.

Some early DTC standouts have become household names and are valued by investors at more than $1 billion. But those top-end DTC prices are mostly theoretical. Unilever’s acquisition of Dollar Shave Club for $1 billion in 2016 is the only blockbuster in the category. That’s largely because DTC startups haven’t had to sell out or IPO. Glossier, Peloton, Rothy’s, Harry’s, Away, Warby Parker and Casper have all raised monster rounds at billion-dollar valuations in the past year. “The tension on the horizon – especially for the companies that can’t go public – is that the few consumer acquirers that can do a billion-dollar deal have vastly different ideas about how to value a company than tech investors, which are used to winner-take-all markets,” writes The New Consumer. More.

Comcast is in talks to cede its 30% stake in Hulu to Disney, making Disney sole owner of the streaming service. Comcast is weighing the benefits of selling its stake now or later, sources tell CNBC, and it’s unclear if the deal will go through. Last week, AT&T’s WarnerMedia sold its 9.5% stake in Hulu for $1.4 billion, which will be split between Comcast and Disney unless Comcast backs out of its ownership. Comcast has been a passive owner of Hulu since it signed a consent decree in 2011 when it acquired NBCUniversal. That decree has since expired, but Comcast still hasn’t exerted as much control as it would like. Now it will have to weigh continuing investing in Hulu when most of the decisions and gains accrue to Disney. More.