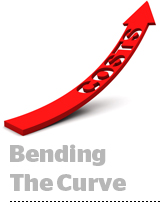 AT&T is “bending the content cost curve,” CEO Randall Stephenson told investors on the company’s quarterly earnings call on Wednesday. And Xandr is a key part of that plan. Costs are rising for TV programming and network carriage deals. But AT&T can secure deals without simply offering more cash upfront. The strategy is to out-earn TV networks on the relatively small portion of linear ad inventory that networks give to the cable company. AT&T’s recent carrier deal with Viacom assigns additional Viacom inventory to Xandr, the AT&T ad unit. If Xandr can improve ad returns, “then there’s a solution where [Viacom] can gain revenue and have it not be content costs but ad revenues for them,” said John Stankey, CEO of WarnerMedia and AT&T strategy chief. Paying networks in ad revenue share instead of higher upfront costs is a big difference for AT&T, which took on $40 billion in debt to acquire Time Warner and is trying to pay off the loan by 2020. Earnings release.

Agency executives often downplay competition from consulting firms because consultants don’t have experience in creative production or media activation. Agencies may feel vindicated considering Accenture faces a $32 million lawsuit from Hertz related to “a website redesign from hell,” The Register reports. The rental car company hired Accenture in 2016 to relaunch its online presence. The project was delayed multiple times, and the website didn’t work globally or across mobile devices. The site code also had security vulnerabilities that Accenture failed to test. "By that point, Hertz no longer had any confidence that Accenture was capable of completing the project, and Hertz terminated Accenture," the car rental company said in the lawsuit. Read the document. Hertz is seeking additional damages to cover the cost of fixing Accenture’s mess. Accenture is asking Hertz for an additional $10 million to work through its mistakes. More.

Out Of The Tube

Brett Wilson has officially exited Adobe, where he was VP and GM of the ad cloud business after Adobe acquired TubeMogul. Wilson had been slow-rolling his departure, moving to a strategic role last year when Keith Eadie was handed the reins of Adobe Advertising Cloud. Twelve years in ad tech meant “relentlessly swimming upstream to challenge the status quo,” Wilson tells AdNews about his time leading TubeMogul. Wilson doesn’t have his next gig lined up. He isn’t discounting founding another company, though not necessarily an ad tech startup. “In talking to lots of entrepreneurs I’ve learned that all of them think their industry is uniquely challenging, but ad tech actually is uniquely challenging.” More.

Instagram is beset by scammers pawning off cheap products as designer fashion. The number of accounts peddling counterfeits has almost tripled in the past three years to 56,769, according to the analytics firm Ghost Data. “The luxury brands I speak to are frustrated because it’s so easy to find these accounts, but Instagram is not very responsive,” Ghost Data CEO Andrea Stroppa tells NBC News. An Instagram spokesperson says the company has “a strong incentive” to block counterfeiters. Instagram has invested heavily in ecommerce ad products, including its first on-platform transaction feature that launched last month. Amazon deals with similar problems, but as the online retailer it loses more in refunds and returns, on top of the larger issue of people not shopping there anymore. More.