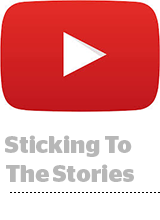 Sell Me A Story

YouTube is expanding its Stories feature to all creators with over 10,000 followers. YouTube Stories launched last year as “Reels” and was only available to select creators. Now, in an effort to capture some of the traffic that its creators redirect to their Instagram Stories, the video platform is offering more users a way to engage with their audiences in the unpolished format that has become wildly popular on social media, TechCrunch reports. More. Related: YouTube isn’t the only place Google is adopting Stories; Google launched AMP stories at the beginning of the year for publishers. Read about it on AdExchanger.

Facebook considered charging advertisers for access to user data between 2012 and 2014, in direct opposition to its business philosophy, according to previously redacted court documents reviewed by The Wall Street Journal. Facebook has long denied that it sells user data, but internal emails reveal executives discussed doing exactly that, with one unidentified employee suggesting shutting down data access for apps that don’t spend at least $250,000 per year. “We were trying to figure out how to build a sustainable business,” a Facebook spokeswoman said. “We had a lot of internal conversations about how we could do this.” The documents come from a lawsuit filed against Facebook by app developer Six4Three in 2015, alleging anticompetitive data policies. British lawmaker Damian Collins plans to release the rest of the documents from the case next week. More.

Amazon is placing increasingly onerous demands on partners across its retail empire, Recode reports. Some manufacturers that were major category fillers for years, selling things like phone accessories and clothing wholesale to Amazon for resale at retail value, are abandoning the company over its demands for price reductions and non-negotiable marketing dollars. However, those threats may not hold much weight considering Amazon is rolling out private-label lines and can open the tap on third-party sellers with cheaper lookalikes. More. Amazon is also now demanding broadcasters on its Fire TV OTT service fork over 30% of all ad inventory, which Amazon sells and keeps for itself, Ad Age reported last week.