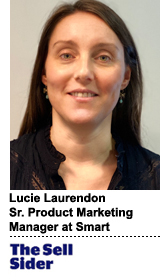 Google’s surprising move to a first-price unified auction was met with cautious optimism and doses of skepticism. Dropping last-look advantage in Google Ad Manager’s second-price auction format in favor of a unified first-price auction was hailed as a significant concession. Logic would follow that all demand sources would bid first price with a common floor. However, a broad chorus of voices questioned Google’s capability, if not sincerity.

Is Google truly capable of and committed to fairness and a more equitable digital ad-trading dynamic? Only time will tell how transparent Google will be, but a more level playing field is within the realm of possibility.

After Google’s encouraging first moves, publishers must demand full and unrestricted control over their ad tech stack. This necessarily has to include:

Two hundred rules are not enough

While the move to first price could create revenue spikes for publishers in the short term, Google’s 200 unified pricing rules (UPR) limit blunts these gains. Publishers set different price floors for each rule during campaign set-up – and were previously allowed 5,000 rules in open auctions.

The 200-rules ceiling will cause unfair competition between the supply and demand sides. DSPs will use bid shading strategies to win impressions with reduced bid prices – a hack to approximate the second-price auction bid strategy.

This greatly limits publisher control and makes them more vulnerable to diminishing monetization. Several publishers have told me that they’ve already registered complaints with Google in hopes of having the limit raised.

Google demand sources – Authorized Buyers (formerly called AdX) and Open Bidding – are currently the only demand sources to have full visibility of pricing from the competition pre- and post-auction to help inform bidding strategies. This is an issue because of the dominant scale of AdX demand in the market.

The UPR rules currently still only apply post-call for all header-bidding demand sources. Furthermore, header-bidding demand sources won’t receive any information about who won and at what price, putting them at a significant disadvantage for bid strategy formulation. In this scenario, only the largest demand-side platforms will be able to apply efficient bid shading strategies at scale.

A truly unified first-price auction will be meaningful only if all players have full visibility, not just the select few.

It appears that publishers now will be able to access some log-level data that was previously off-limits. Google will introduce a more granular reporting feature with access to all bids submitted to the auctions, though it has yet to provide a clear explanation of what will be available. While this seems like a good initial move, publishers should demand the ability to cross-tabulate with data sourced beyond the unified auction, such as header-bidding data.

Some may applaud Google’s initial steps to create a more balanced marketplace, but it still has a long way to go. Google would have to create a truly unified auction scenario with 100% transparency and absolute competition spanning direct sales and deals, RTB and header bidding. This is the only way publishers can be sure they are getting the highest yield for each impression.

This can also be good for advertisers as they would secure the best inventory and ensure that their media dollars are more efficiently applied in engaging their audiences. At the same time, publisher remuneration is improved through a supply-path optimization that weeds out extraneous middle players within the ad tech industrial complex.

It’s clear that our industry is heading toward a construct that is 100% transparent and trackable for the good of both advertisers and publishers. It’s time we move from baby steps to giant steps.