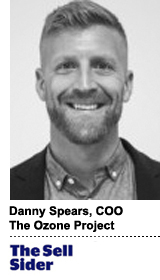 With better practices in programmatic advertising rapidly replacing the persistent problems of the past, we must call out and challenge things that stand in the way of a brighter future. As a starting point, we need to shed some light on bid shading – and in particular how the technique used by some supply-side platforms (SSPs) is negatively impacting publishers’ business.

Understanding the principles of why SSP bid shading is wrong doesn’t require a technical acumen; the SSP, by definition of its role in the supply chain, should act in publishers’ best interests. However, their use of bid shading allows the SSP to arbitrarily reduce the price of a publisher’s inventory in a way that is not only self-serving, but also uses its contractually provided information privilege against that publisher.

It’s time to get really look under the hood of bid shading and understand what can be done to mitigate the damage SSP bid shading is doing to publisher monetization.

Bid shading is a service to buyers

There is nothing wrong with bid shading – if you are a buyer.

Bid shading was invented by demand-side platforms (DSPs) to protect their customers from price inflation as the market moved from second-price to first-price auctions. Today it is just one aspect of their wider bidding logic.

To inform bid-shading, the DSP uses historic trading data to predict the minimum successful bid price for subsequent buying opportunities. The DSP’s bid values are then progressively lowered to reach an optimal price while maintaining the win rate.

This makes a lot of sense as a means for DSPs to deliver value to customers.

The trouble began when SSPs – contracted to work for publishers – began offering bid shading as a service to buyers. Consider bid-shading as a repackaging of buy-side fee logic, a means through which the SSP adjusts buyers’ bid values without the publisher’s knowledge. The main difference with bid shading is that the value extracted is passed to the buyer, rather than it being pocketed by the SSP. Either way the value is unwittingly taken from the publisher for the benefit of others.

There is an obvious conflict in SSPs attempting to serve customers with opposing interests on either side of the trading relationship. But the real concern for publishers must lie in the specifics of how the buyer service is delivered.

When an SSP applies bid shading, the SSP is exploiting its privileged position with visibility of the publisher’s own economic data, including clearing prices and the minimum floor price they are willing to accept. Google does something similar through its “minimum bid to win” feature ostensibly to improve auction transparency.

The inevitable response from the bid-shading SSPs will be “this benefits the publisher,“ as was their response with bid caching. The truth is of course very different. While publishers won’t see any increase in their overall monetization as a result of bid shading, what they will observe is share of business move between SSP partners at an ever decreasing yield. As this occurs, the publisher’s yield management strategy is undermined and monetization hit.

SSPs introduced bid shading to buy market share. In reality, the impact of bid shading is deflationary since it compels SSPs to undercut one another on media price, precipitating a race to the bottom.

Over time, were SSP bid shading to become accepted practice, it stands to reason that vendors’ share of spend would quickly return to its original state – except that the original volume of business will be transacted at much lower yield. As SSP take-rates tumble as a result, the logical conclusion is that SSP bid shading will be just as damaging to the future health of the SSP category as it is to their publishers’ health today.

As publishers watch, the frustration I share with many is that it’s the same vendors that they desperately want to see forge a position as a trusted alternative to Google’s monopoly that are driving this death spiral. The only beneficiary is Google.

If you’re a publisher you need to take steps to understand the cost of SSP bid shading on your business today.

Here are some questions you might want to ask the SSPs you work with:

This approach will help you calculate the cost of bid shading on your revenue.

It’s time to clean up, really

SSP bid shading needs to end – if not motivated by the SSPs’ duty to their customers, then for the sake of the SSPs’ health.

It will take SSPs agreeing to outlaw the practice and require collaboration and conviction between competitors to bring about change.

In the meantime, publishers must act to understand the extent of bid shading in their supply chain and quantify the cost to their businesses. With this insight, the publisher can take a position – whether that’s blacklisting certain vendors, handicapping bid-shading SSPs to reward clean partners or by addressing the issue through contract terms. (Disclosure: For campaigns run directly by The Ozone Project team, we only contract with SSPs that commit to abstain from bid shading.)

The realization has dawned that there is something far more important than whether the auction is second- or first-price. Without confidence in the auction being clean, this argument is academic. Putting an end to SSP bid shading is a necessary step toward this goal.