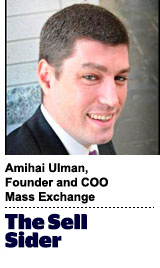 Unlike addressable media, linear TV publishers cannot sell single impressions or single units of attention. Due to its linear nature, TV publishers must sell mixed groups of audiences while buyers only target a specific segment.

The way buyers and sellers define value is different. Therefore, linear TV transactions are inherently more complicated than addressable media. There is no common language for defining value.

Buyers and sellers also do not speak the same language. Linear inventory sellers’ workflow focuses on what they can traffic and what they can sell: spots. Buyers want to tell their story to a specific group of people. This is not addressable media – this is linear media. As such, the trafficking systems “think” in terms of breaks and spots, but that is not exactly what buyers want to buy.

Nearly all buyers already have very good processes and technology for audience definitions, as they have been buying digital audiences for nearly a decade. Sellers are further behind: They only have audience forecasting but lack audience-based inventory management, audience-based pricing and audience-based trafficking.

This reminds me of the early days of Yahoo vs. Google. Yahoo was a manually curated portal of topics, a standard organization created by humans. In comparison, Google realized that the way to organize the internet is by allowing it to define its own organization based on an internal voting mechanism. Google search results constantly changed as the internet changed. Like the Yahoo portal of the 1990s, a curated set of slow-changing and limited definitions will quickly hinder scale.

Standards mean centralized and external control of an inventory definition, which sellers must use to value and price their inventory. Linear trafficking systems can’t manage audience delivery. In other words, sellers would be expected to shoulder nearly all the new risk. Linear sellers are years away from the processes and systems required to enable linear and audience-based deals simultaneously, with any real automation.

If we try to approach the problem from a completely different angle, we may see a solution already exists. What linear TV buyers need is a great “audience search engine,” so they can find the linear media they want to buy without being forced into specific audience segment definitions. The translation of audience to linear demand is precisely what platforms such as 4C and VideoAmp are designed to do: to be that “audience search engine.” Buyers want to control how their audience data is translated into linear spots and sellers don’t want to manage linear trafficking by audience.