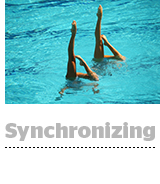 What’s it like to integrate a $2.8 billion acquisition? After closing its purchase of Time Inc. almost nine months ago, Meredith National Media President Jon Werther is in good spirits about how the deal has deepened and broadened its coverage for female audiences.

“When it comes to women and understanding their intent – what they’re looking to achieve on a daily basis and their dreams – no one understands that better than we do,” Werther said.

Meredith is still putting its troops into position and making two major changes: The media company is shedding non-key titles along with a significant amount of staff as it brings Time Inc. into the fold.

Female-focused titles like People, Entertainment Weekly and Real Simple are staying, but Meredith is flipping publications with broader appeal. Marc Benioff bought Time Magazine for $190 million, for example, and Sports Illustrated, Fortune and Money are up for sale. So is Viant, Time Inc.’s ad tech purchase.

As Meredith divests titles and staff, it’s also shoring up its digital advertising and coming up with new ways to convince consumers, not just advertisers, to pay for content and branded products.

“Having the brands talk about what’s happening from a consumer insights perspective, a content perspective, an experiential and franchise perspective is powerful,” Werther said. “We have had agency partners and clients tell us they are so happy to speak to representatives of brands for the first time in two years.”

Marketers and agencies can still buy across Meredith’s portfolio, but often a large buy across the portfolio starts with a conversation with a single brand.

Those proprietary ad units use Meredith’s own data and tech. “That’s enabled us to grow digital revenue profitably, where perhaps others haven’t been able to.”

Could more ad tech acquisitions be in Meredith’s future?

Meredith’s “always looking,” but right now its focus is on divesting assets, not acquiring them, Werther said. It always evaluates whether it’s better to simply partner with ad tech or buy it.

“Where can being a principal in technology add to our suite of technologies, and where can we partner with technology platforms to achieve our objectives? There is room for both,” he said.

While the acquisition boosted Meredith’s digital advertising revenue, Meredith is close to getting half of its total revenue from nonadvertising sources. The company projected it will generate 45% of its revenue next year from its 45 million magazine subscribers, brand licensing deals and ecommerce.

“Because we inspire consumers through our brands to carry out transactions, we want to capture our fair share of transactions we authentically inspire,” Werther said.

Meredith’s already further along than many companies. It’s second to Disney in terms of brand licensing retail revenues, Werther points out, on the strength of product licensing deals like one between Walmart and Better Homes & Gardens.

While BuzzFeed may be thinking more about consumer revenue, Meredith is thinking about conquering new media, where digital upstarts like BuzzFeed traditionally excelled.

Meredith recently signed a deal with IGTV to broadcast 10 shows on the platform, with some premiering this year. Brands like People and Allrecipes are integrated with Amazon Echo and Google Home.

“We distribute content with a purpose,” Werther said. “Our consumers access Instagram 30 times a day, so it’s the right thing for our business to be wherever they are and create offerings for those channels.”

Devoting resources to platforms like social and voice makes sense when it’s “not a one-sided opportunity,” Werther said. Brand-building can be a good reason to move to a platform. “We look to increase engagement with the brand and drive greater frequency and regularity.”

When Werther assumed his first operating role more than four years ago, he centralized all the business intelligence teams and put Borsa in charge.

“We merged them in recognition that data and insights sit at the heart of the company,” Werther said. The data team can collect insights from brands, for example, and use that information to help brand licensing, advertising, content strategy, subscriptions and real-time site optimization.

That same approach to data is now being applied to Time Inc.

“We have one cohesive data science and business intelligence team that’s end-to-end from strategy to technology, and it informs everything we do,” Werther said. “And it’s been one of the key contributors to our growth.”