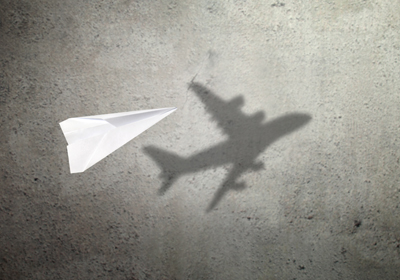 Programmatic is a journey – and most advertisers need a copilot.

But the advice they get is often too narrowly focused on tactics, like programmatic ad buying and supply-path optimization (SPO), rather than on auction dynamics across all biddable media, said Rob Norman, former chief digital officer at GroupM and a strategic advisor to Up & to the Right, a newly launched biddable media consultancy co-founded by agency vets John Donahue and Chris Copeland.

Up & to the Right, which came out of stealth on Thursday, is the combination of Donahue’s advisory business, WLxJS, and Copeland’s growth and performance agency C2Next.

Independently, the companies have done work for Diageo, Hershey’s, Marriott, Coca-Cola and Linksys.

Donahue and Copeland started collaborating during the early days of the pandemic, after having both cut their teeth in executive roles at GroupM. Donahue also spent time as global director of business intelligence analytics at Omnicom Media Group.

The new consultancy has 11 employees and offers advice and hands-on services across programmatic, search and commerce media and creative.

The goal with Up & to the Right is to make advertisers smarter about their auction-based media, which Donahue defines as anything related to search, social and programmatic.

“The reason why advertisers have struggled to figure out how to extract value from these channels, especially on a procurement basis, is because any model with a network-style structure that’s reliant on pre-negotiated rates and works in an upfront capacity just doesn’t have as much impact in these biddable auctions,” Donahue said.

Biddable auctions drive value through because they allow buyers to forecast value, which comes from thinking about digital as more than a performance-driven market with short-term ROI.

“Around 75% of all impressions delivered in the ad market – and maybe half of all money – is delivered through the auction, so there’s a need to think about the long-term strategic laydown of media,” Norman said.

But how does that play out in practice?

Working with Diageo’s internal measurement and effectiveness team last year, Up & to the right developed a methodology to increase programmatic display and video budgets without causing diminishing returns due to higher frequency.

Together, the consultancy and brand teams came up with saturation curves for the highest-performing partners based on preset conversions or consumer behaviors. This allowed Diageo to increase budgets on price by partner without overdoing it on frequency.

Advertising ROI improved by 25%, and Diageo saw a 31% and 23% cost saving on Facebook and programmatic media, respectively.

Sometimes, though, it’s just about opening a marketer’s eyes to the value that biddable media can bring.

To this day, many brand marketers still default to endemic channels – such as print and magazines, in-store shopper marketing or radio – and feel no need to incorporate SPO and RTB.

“But when they realize they can actually manufacture a ROI of greater than $1 through variable pricing in programmatic,” Donahue said, “it’s transformative, because they start to see programmatic as a real-time feedback mechanism rather than just something for DR.”

Up & to the Right also pitches its services for brand in-housing, so marketers can exercise more control without “going fully down the rabbit hole,” he said.

“A lot of the time, it’s enough just to have transparency with their agency and to know that all of the line items in the contracts they have with their tech platforms are being complied with,” he said.

But there’s one thing Up & to the Right won’t do; advise clients to make a move that’s not backed up by evidence, like diversifying away from or boycotting a certain social network, for instance.

“The role of this enterprise is not to give clients our opinions on whether or not to be engaged with particular platforms,” Norman said. “Our goal is to extract the most value out of individual platforms or a combination of platforms. There’s enough static out there without us getting involved as well.”

But if a brand wants to make a move, Up & to the Right can do the math, he said.

“We offer appropriate counsel,” Norman said. “A principle is never a principle until it costs you money, and we help them understand how much a move will cost them.”