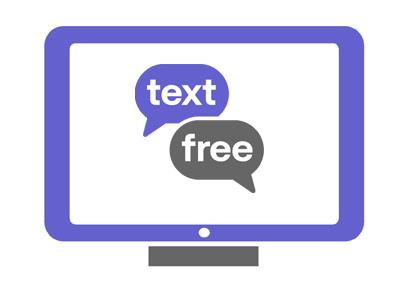 When Pinger, a startup that develops messaging and communications apps, started experimenting with CTV advertising last year, it learned a lot – about what not to do.

Pinger’s apps include Sideline, which gives users a secondary phone number on their smartphone, and a free texting and calling app called TextFree. Together they have more than 140 million downloads.

For Pinger’s first attempt, a promotion for TextFree, it worked with a CTV agency that shall remain nameless because the campaign “didn’t go super well,” said Brook Lenox, senior marketing manager at Pinger, speaking at the MAU Vegas conference in Las Vegas last week.

Ask “until they get a little frustrated with you,” he said.

For example, don’t assume that an agency is going to share campaign data: Confirm it.

“This is new, and they’re doing the best they can,” he said. “But that doesn’t mean it’s necessarily all there.”

Experience is the best teacher

And so mistakes will be made.

Pinger didn’t do any targeting, including geotargeting, for its initial TextFree CTV campaign. That approach was a “big miss,” Lenox said. Pinger also only ran one piece of video creative for the duration of the campaign and didn’t track metrics other than monitoring the CPMs.

Pinger’s main takeaway from its first CTV rodeo is that YouTube is a cost-effective CTV channel.

But, other than that, “at the end of the test we understood nothing,” Lenox said.

And so Pinger ran another CTV campaign for TextFree and started working with Tetra TV, a CTV ad network and analytics platform launched in 2019 by two former Roku executives, including Jim Lombard, now Tetra TV’s CEO and previously Roku’s head of ad sales and business development.

Last year, when Pinger was running its CTV experiments, Tetra TV was a brand-new scrappy startup, and Lombard would just hop on the phone with Lenox. “He trained me on all the stuff I didn’t know about CTV,” Lenox said.

Pinger tracked account creation in the cities it targeted (both before and after the CTV campaign ran) and ported the results from its search campaign into Google Data Studio so it could see the impact of its CTV campaign on branded searches in those geos.

But Pinger didn’t have any control geo, only test geos, which made it hard to discern whether there were other factors that affected the results. Its video creatives were also too similar to draw any conclusions about which was more successful. The only difference was a minor variation in the text overlays.

Pinger also didn’t have a mechanism in place to track engagement, which is important if you want to treat CTV as a performance channel.

Mobile app developers are accustomed to tracking clicks, installs and sign-ups, but, to state the obvious, there’s no way to click on a CTV ad.

“At this point, we started to realize that CTV is not your typical channel,” Lenox said. “There are ways to track some of that [engagement] now, but, in this case, it was a fairly big fail.”

One way to track engagement on CTV is to use QR codes, which made a comeback during the pandemic and have become a go-to for performance marketers.

For its third test, Pinger added QR codes to its video creatives and ran them across the two best-performing channels from its previous test (YouTube and Tetra TV) in four geos, which included three test cities and one control group.

Pinger also made sure that the creatives it ran this time around were different enough from each other that it could learn something from the test. One of the videos had a rather small QR code located in the bottom right corner, while the other had a gigantic QR code that took up almost half the screen. Both QRs were static and remained on-screen for the duration of the ad.

For example, adding a control geo to its targeting gave Pinger more confidence that its campaign was actually having an impact in the test cities. Pinger also found subtle differences in performance between its two best channels. Although YouTube was much better at driving searches, Tetra TV led to more QR code scans.

And that was one of Pinger’s biggest takeaways: Know what you want to measure from your CTV campaign before you start.

It all “depends on what metric feels most important to you,” Lenox said.