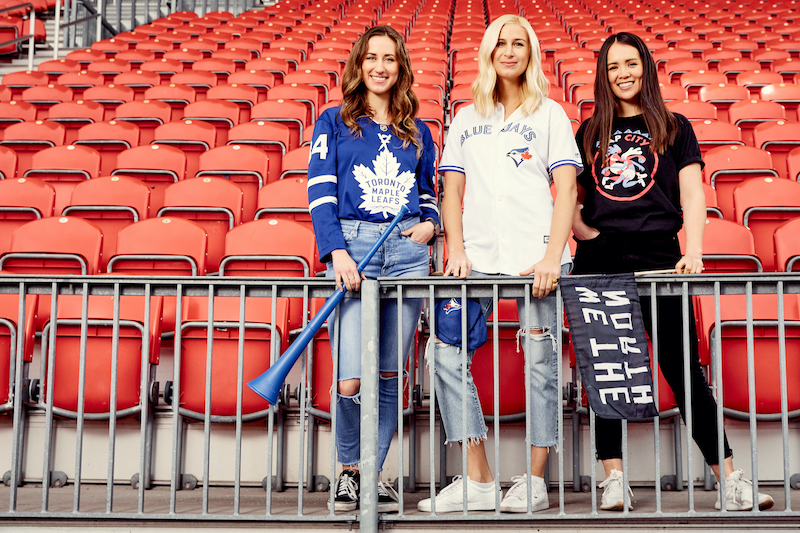 When Hyslop captivated her friends with her account of the Toronto Maple Leafs making it to the NHL playoffs, they all realized they had stumbled onto a winning idea. More women deserved to hear about sports in a way that resonated with them. So in 2018, they founded The Gist.

The Gist speaks to its audience like “their witty, sports-obsessed best friend,” Hyslop said.

If traditional sports news is dominated by men writing about mens’ sports, The Gist’s all-female writing staff populates its thrice-weekly newsletter with news about male and female sports. In a chatty tone peppered with emojis and GIFs, The Gist also tracks equality and inclusiveness in sports closely – because its readers care about those issues.

Like Morning Brew, The Gist writes ad copy for advertisers that appear in its newsletter.

Hyslop also reads the ads in The Gist’s podcast, which she hosts.

Email newsletters originally appealed to Hyslop because the barrier to entry was so low, they could test their idea. They promoted the site by spray-painting their Instagram handles on the streets of Toronto and calling local spin studios asking them to offer free classes to people who referred friends to the newsletter.

After a few years of growing the company through stints in startup accelerators, the sports newsletter raised $1 million in funding in March from 3GP Capital, JDS Sports, August Group, Even Odds Investments and Bettor Capital. The cash infusion will add team members and help the company scale.

The Gist’s growth reflects the current heat for newsletters. Even though 2020 brought a months-long gap in live sports due to the pandemic, the newsletter rebounded as subscribers grew from 30,000 to 140,000. 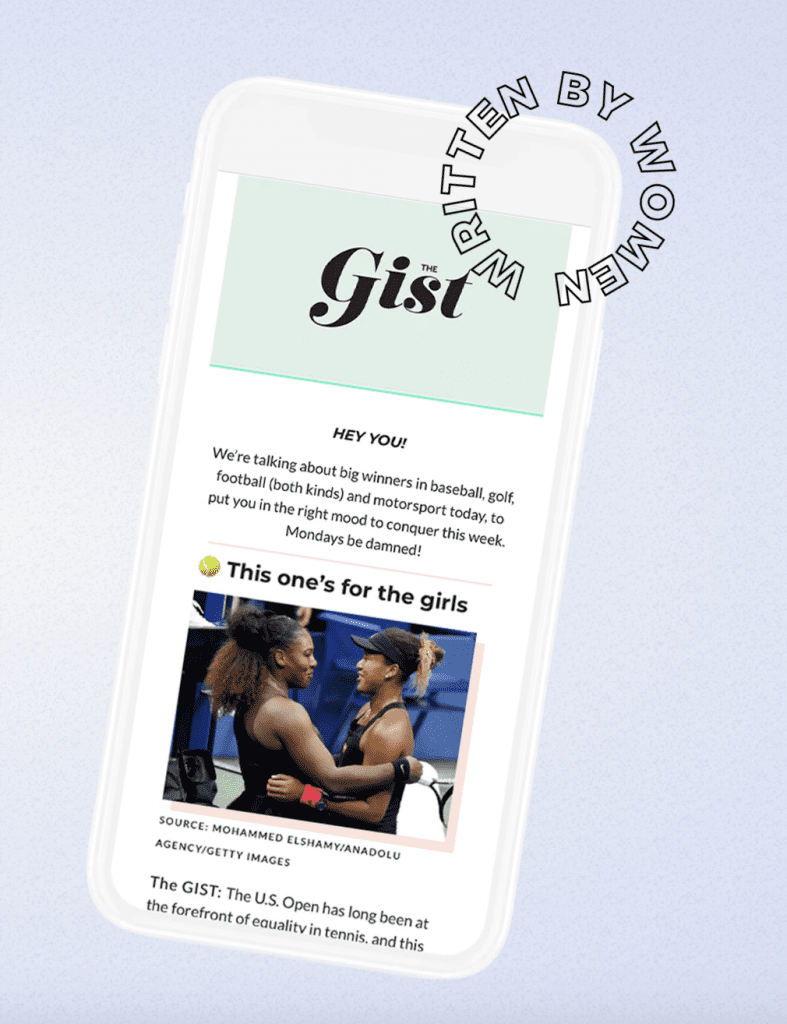 During the sports hiatus, The Gist paused to its plan to add regional versions of its newsletter, focusing instead on growth. During those months, they regrouped and did boring but critical backend operational work they finally had time for.

On the content side, The Gist kept posting and found the lack of sports was itself a newsworthy topic.. The Gist also let readers pause their subscription until sports returned )instead of just unsubscribing) using its email platform Campaign Monitor.

Maintaining a high-quality subscriber list even as it adds tens of thousands of new email addresses is critical. “We scrub the list frequently to keep engagement rates high and maintain open rates over 30%,” Hyslop said.

Despite a small staff of just seven full-time employees and 15 part-timers, The Gist is investing in data analytics and already monitors the health of its subscribers closely. When The Gist looks for new subscribers, whether through social media, referrals, partnerships with other newsletters or co-registrations, it analyzes not only the cost to acquire subscribers, but their long-term value.

As The Gist amasses an audience of sports enthusiasts, advertisers are clamoring to get in front of them. In 2021, The Gist expects to book $1 million in ad revenue. It doesn’t offer a subscription product.

“Even when we were small, brands were really interested in engaging with us,” Hyslop said. Advertisers like FanDuel and Adidas, as well as fashion and wellness advertisers, have bought ad space on The Gist.

The Gist is now working with top brands and has $1 million in funding in its pocket. But its scrappy, viral marketing lives on. Walking through the streets of Toronto, Hyslop still stumbles upon their spray-painted Instagram handles they used to promote their fledgling newsletter.