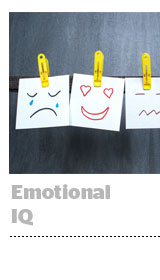 While many advertisers are shying away from news content due to brand safety concerns, News UK is making the case that buying ads alongside emotionally charged content drives stronger results.

The publisher of The Sun and The Times loaded its version of News Corp.’s News IQ platform with data about readers’ opinions, emotions and preferences. Advertisers can target and optimize campaigns on the News IQ platform to determine what emotional states and opinions drive the most engagement with their advertising.

Video ads watched after reading emotionally charged content, for example, were 45% more likely to be completed, according to a test of 594 readers by London School of Economics professor Paul Dolan. After reading a positive article, the readers were 32% more likely to finish a video ad.

The News IQ ad platform, which launched in the US in December, uses AppNexus and the Salesforce DMP to enable advertisers to buy using News Corp.’s first-party data.

When News UK strategized how to adapt the platform for the local market nine months ago, it saw a gap in data about how users felt.

“We think a lot of behavioral, demographic and even location data is commoditized to some degree, particularly as agencies launch their own third-party data platforms at scale,” said Oliver Lewis, director of digital strategy and partnerships.

Emotional data also plays nice with branding campaigns. “We believe we are an upper-funnel, brand marketing vehicle. We can help brands unlock more of an emotional loyalty,” Lewis added.

To create data, News UK asks readers to fill out quizzes or react to articles while logged in, Lewis said.

To create a single view of users for advertisers, News UK also ties in other information it has collected, such as whether users are part of its wine club or holiday club.

With the platform’s data, for example, a travel advertiser could find readers who like the outdoors, watch more videos than average and react positively to stories about adventure.

News UK also plans to eat its own dog food by using News IQ for its internal marketing decisions.

“This isn’t just an ad targeting tool,” Lewis said. “In the future, we might use this to power our own acquisition strategy.”

News UK unveiled the concept at the Cannes Lions festival this week, where advertisers responded positively, according to Lewis and Ben Walmsley, digital commercial director at News UK. It will remain in closed beta for the next few months.

With the General Data Protection Regulation in effect, News UK expects an even larger opportunity around this data product.

“We are offering a differentiated and better quality data asset at a time when a lot of third-party data fueling programmatic buying is going to evaporate from the market,” Walmsley said.