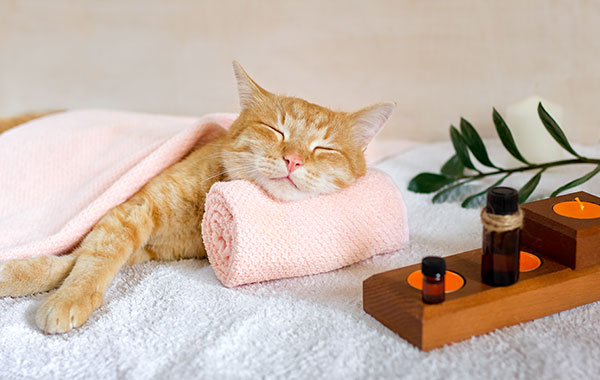 When BuzzFeed ramped up its affiliate business recently, one group of products consistently popped up in its top ten: sex toys.

Though some might blush, BuzzFeed was proud of its nuanced, sex-positive coverage of sex toy product recommendations.

BuzzFeed wasn’t trying to sensationalize, but to be inclusive of all sexual orientations and body types in an educational and fun way, said BuzzFeed.com executive director Jessica Probus. “Especially in the US, sex education is very lacking, so people use the internet,”  Probus continued. “Sex” was already a top site search term, and BuzzFeed strived to create an “environment that rewards sexual curiosity instead of punishing it.”

BuzzFeed’s content aligned with its own mission, and links consistently drove a high level of conversions for Bellesa, Shnaidman said.

Also, BuzzFeed provided a way to connect with its millennial customers it couldn’t get anywhere else.

“It’s a nightmare when you work in this kind of domain in advertising. You can’t get ads approved on social media,” said Shnaidman. “Whenever BuzzFeed does a video, there are just so many eyeballs on it, and they’re eyeballs that want to be seeing the product.”

After talking for a couple of years, Bellesa and BuzzFeed created a series of co-branded products.

“When we go down the path of co-developing a product with a brand, it has to be a product we’d editorially stand by,” said BuzzFeed SVP of commerce Nilla Ali. Bellesa products were already recommended in BuzzFeed’s editorial articles, with sales figures that supported their popularity.

The first co-branded product, the AirVibe, launched in November, just before a seasonal spike in demand before the winter holidays. The second, the Pebble, came out before Valentine’s Day, another peak time for the sex toy industry.

BuzzFeed provided insights that helped shape the product. “They knew their audience was searching for ‘discreet,’ so we created a product that comes in these cute clamshell cases,” Shnaidman said of their first collaboration.

To promote the product, BuzzFeed primarily uses articles and videos on its own site. But given the sensitivity of sex toys, it also launched a Sex & Love vertical (which Bellesa is currently sponsoring), to ensure people who saw its recommendations were intentionally seeking them out.

“It’s effectively creating an environment users can proactively go to knowing the sensitivities there, versus if you’re on a fashion post seeing a sex toy that’s maybe not the most safe for work,” Ali said.

BuzzFeed gets paid royalties or revenue shares for all the co-branded products it sells, including ones made with Bellesa.

Bellesa, on its end, looks at that revenue share as a marketing cost, “one where we have calculated we’re 100% sure we’ll see a return on it,” Shnaidman said.

Sales are booming and the pandemic spurred a huge increase in demand for Bellesa’s products. Staff more than tripled over the past year.

The partnership with BuzzFeed is further accelerating this surge in demand.

The collaboration has been so successful Bellesa couldn’t even keep the BuzzFeed-branded products in stock. BuzzFeed said the AirVibe was one of its top-selling direct-to-consumer products in Q4, though the companies declined to share exact sales figures.

“Every time I check the numbers, they astound me,” Ali said.