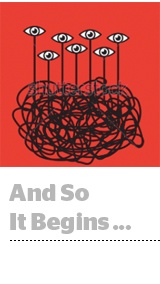 Pai was acting on a request by trade groups to stay the rule rollout, which was scheduled to take effect March 2.

“All actors in the online space should be subject to the same rules, and the federal government shouldn’t favor one set of companies over another,” the FCC said in a statement, which described Pai’s maneuver as a return to “a technology-neutral privacy framework for the online world.”

In early January, a coalition of advertiser trade groups, including the ANA, 4As, IAB and Data and Marketing Association, filed a joint petition asking the FCC to reconsider the rules. The petitioners viewed rules as unnecessary and unfair because they create a different privacy standard for internet service providers and edge providers, such as Google and Facebook.

Pai is requesting that the full commission vote by March 2 on whether to delay enforcement.

If a vote is scheduled, the stay take effect. Right now, the commission has a 2-1 Republican majority, which means Pai would get his way if there’s a vote. However, the one Democratic commissioner, Mignon Clyburn, could decide to sit out the vote, which would effectively kill the quorum.

If that happens, Pai will put a partial hold on the rules to delay the March 2 implementation. It’s unclear, though, whether Pai would be able to delay indefinitely. The FCC did not immediately reply to a request for clarification.

If the vote to stay does go through, those opposing the reconsideration will likely have time to file their own comments. The wheels of government grind slowly.

Pai’s move here is far from unexpected. He’s been vocal about his feelings on what he’s called “slanted regulation.”

“It makes little sense to give some companies greater leeway under the law than others when they all have access to that very same personal data,” Pai said as part his dissenting vote when the commission cast its ballots to approve the rules last March.

Pai also has said the FCC should never have tried to take control over privacy regulation from the Federal Trade Commission by reclassifying ISPs as common carriers, thereby bringing them under its purview.

In early February, Pai, never a net neutrality fan, made his first move to undermine the principle by dropping investigations of carriers’ zero-ratings plans – services that don’t count against a user’s data plan – which would effectively create different standards for different types of internet traffic.

And on Thursday, the FCC voted to exempt any ISP with fewer than 250,000 subscribers from complying with net neutrality-related transparency rules that require ISPs to explain why and when traffic is being slowed.

Privacy advocates are less than enthused by Pai’s actions.

According to John Simpson, privacy project director at Consumer Watchdog, the argument that the FTC has the ability to provide adequate protection controls is spurious from the get-go. Under Section 5 of the Federal Trade Commission Act, which gives the FTC its power, the commission can go after unfair and deceptive practices – but that falls short of a “serious baseline privacy protection,” he said.

“The FTC doesn’t really have any substantial or significant authority to regulate privacy,” Simpson said. “If somebody spells out in their privacy policy how they’re essentially going to screw you and then they proceed to screw you, that is perfectly okay under the FTC, and that’s outrageous.”