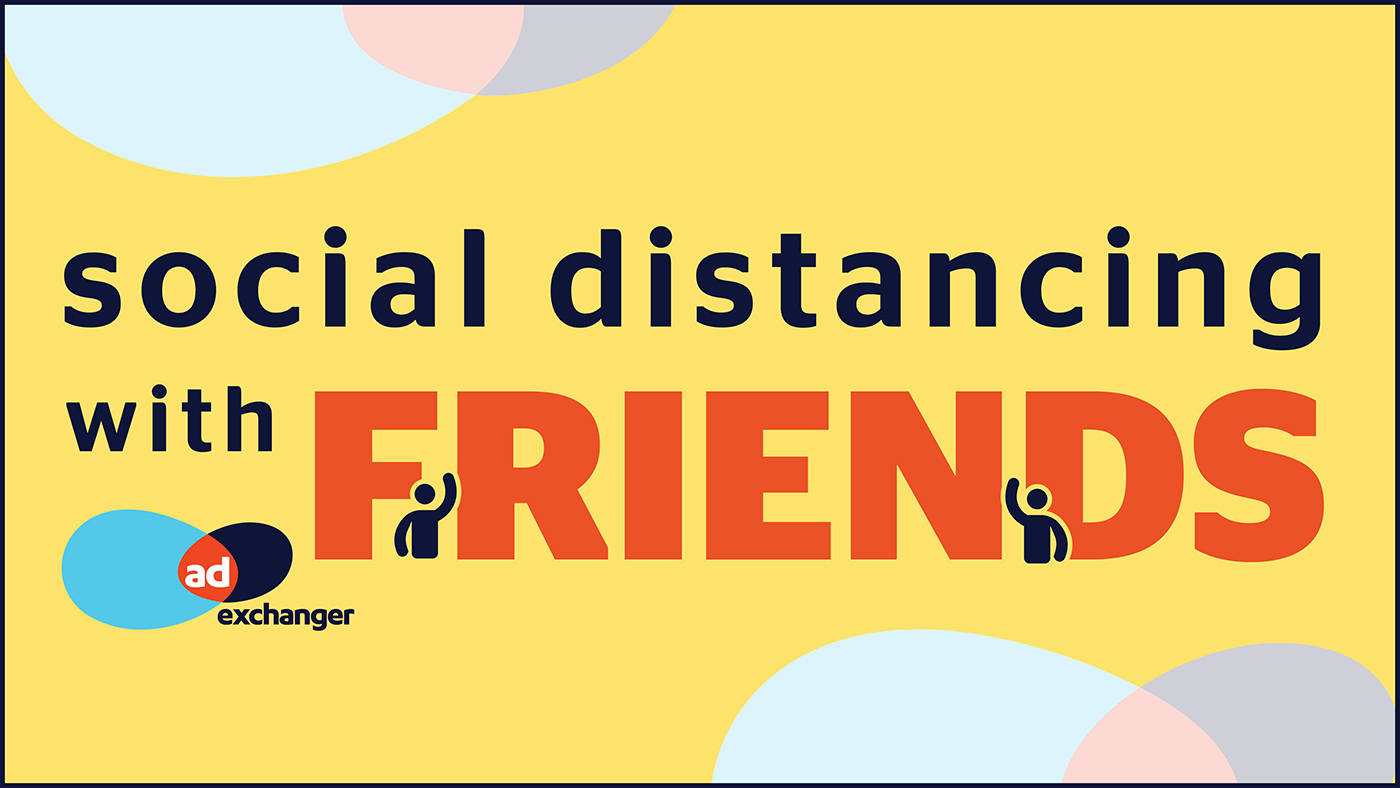 AdExchanger’s Social Distancing With Friends podcast now has its own channel. Subscribe on iTunes, Google Play, Spotify, Stitcher, or wherever you listen to podcasts.

In March, NBCUniversal had “fortunately and unfortunately” just finished a recession-based ad sales deck, to pitch advertisers on strategies that worked during previous downturns, in case the economy did turn south this year, said Mark Marshall, president of advertising sales and client partnerships.

But there could be no forecasting the actual changes to the broadcast industry so far this year.

Television is undergoing a sea change right now, as relatively slow-moving trends, like the audience shift to OTT or to data-driven advertising, accelerate during the coronavirus crisis.

Upfront ad reservations aren’t going away, and Mark says brands are still on track with planning for the critical Q4 holiday shopping period. But expect a deluge of demand to move to scatter and spot markets, and to addressable TV inventory in general, he says.

NBCU was also fortunate to have gotten the ball rolling with Peacock, Comcast’s contender in the ad-supported and subscription streaming market.

After more than three years of effort for NBCU’s advertising, engineering, content production and licensing units, Mark says Peacock is already “returning the favor as a laboratory” for innovation across the business, even since the streaming service’s early launch for Comcast telco customers in April.

The linear TV team is studying what ad formats and commercial lengths drive user-level engagement. Advertising and content marketing teams are experimenting with contextual ads served based on relevant content in the program, Mark says. Xfinity will track whether Peacock being bundled in with cable and internet packages improves re-subscription rates.