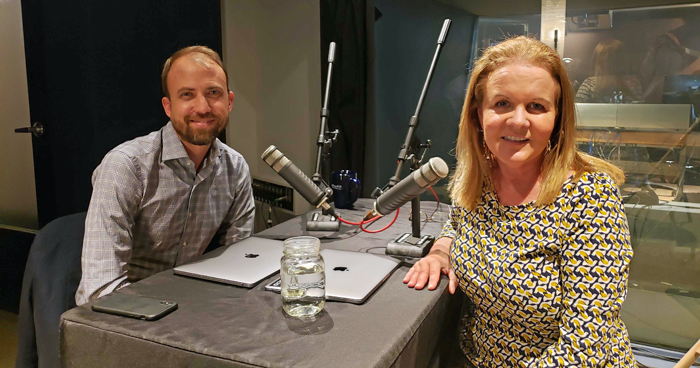 This week on AdExchanger Talks, product veteran Bridget Bidlack tackles big questions: Is ad tech mature? How do creative types tap into programmatic? And is the industry moving fast enough on gender equality?

On the maturity of ad tech, the SVP of product at Lucid says, “The pipes are there. I don’t know that all the business models are there yet. There’s a few areas I think still need to emerge. Definitely around branded campaigns – making sure there is a way to programmatically measure those campaigns – we have some work to do there.”

On creativity: “Most of us have spent our entire careers focusing on images, maybe sprinkled with a little rich media. But those just don’t get consumer attention. And we’ve built entire campaigns, advertising careers, companies around these. I think as video really emerges and the internet gets faster and devices can continue to ingest more ‘heavy’ creative, that’s going to create a real difference.”

Since 2000, Bidlack has developed ad and marketing technologies for IBM, Bluestreak, Microsoft, Turn, [x+1], Rocket Fuel, Experian and others. Today, at Lucid, she’s trying to bring programmatic-like capabilities to the survey and research industries.

“If you think about programmatic and ad tech, we were not the first industry that had to solve this problem – bringing buyers and suppliers together in a programmatic way,” she says. Finance and travel created similar automated, programmatic-like connections.

Lucid connects a network of 70 million people globally to researchers from academia, marketing and other fields, using the principles of programmatic to solve a different problem.

“What we’ve done is created a platform that has APIs that basically connects the supply and the demand side together,” Bidlack says. “We also have a UI that people can come in directly. And it really opens up the opportunity to ask anyone any question.”

The company is also extending into the programmatic area. Specifically, it scores audiences that are widely sold, but weakly vetted, via ad tech platforms.

“We’ve had an entire industry focused on one to one advertising and one to one marketing and there’s been no accountability around it,” she says. “Data has been a black box up until now and that’s what we’re trying to open up and give exposure to … What our system does is allows people to validate that those are truly the people they want to reach.”