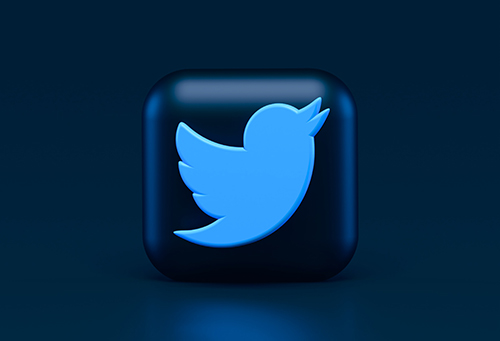 Twitter is expanding its relationship with Nielsen to boost its ability to plan and execute video strategies.

The company will integrate Nielsen Media Impact (NMI) and Nielsen Ad Intel — solutions that help advertisers to measure and plan campaigns across a variety of media platforms — into the Twitter Amplify video ad platform, where advertisers can buy pre-roll and sponsorships alongside premium video content, which is professionally produced video hosted on Twitter from a range of publishers such as the NBA, NFL and NBCUniversal.

The integrations are meant to make it easier to justify buying Twitter’s premium video inventory, as well as optimize audience reach and frequency alongside other top video platforms.

Nielsen Ad Intel analyzes global ad spend and tracks ad campaigns across platforms, so Twitter can make the case for brands to reallocate dollars to its platform.

NMI is a cross-media planning solution that uses Nielsen data to provide insights into audiences and adjust media spending to improve reach and frequency. So Twitter advertisers can build planning models showing how different media mix scenarios (say, moving dollars from TV to Twitter) will affect reach and frequency.

“What’s new here is how Twitter can engage in the platform and have very direct and specific conversations around their representation,” Jay Nielsen, SVP of Planning Products at Nielsen, told AdExchanger.

Twitter is also expanding its access to Nielsen Total Ad Ratings. Advertisers will now be able to examine the incremental reach and frequency delivered on Twitter.

“We built a really strong relationship with Nielsen over the last couple of years,” Doug Brodman, Twitter’s director of North America Agency and Platform Solutions, told AdExchanger. “We made the decision to go a little deeper in terms of the integration, so that we can build out a more robust approach to the video marketplace.”

Twitter hopes its Nielsen integrations will bolster its video advertising Amplify product, whose publisher network includes large media companies, said Brodman. But the Nielsen products aren’t confined to Amplify – Brodman added that they can be applied to “total video solutions across Twitter.”

Video is Twitter’s fastest growing business among both consumers and advertisers, he added, and Twitter’s ability to reach audiences ages 18 to 49 makes it more than a social extension in media: “We’re now a more formidable player in the video space and ecosystem.”

The integration with Nielsen positions Twitter to eventually access data in Nielsen One, the single measurement solution Nielsen plans to roll out next year.

“This is a step for Twitter to be a more deeply integrated partner on that journey,” Brodman said.

In other Twitter news, the company shared an update with reporters on Wednesday about the progress it’s been making with its advertising products.

For example, the company said that it has finally finished an 18-month long rebuild of its ad server and completed the architecture of its mobile app promotion (MAP) offering.

App installs are “a stepping stone for us to help unlock performance advertising,” said Bruce Falck, Twitter’s revenue product lead. “A big part of how we grow in addition to the brand business is by moving down funnel to more performance advertisers – no surprise there.”

It’s also no surprise that Twitter is planning to invest more in commerce, because what tech platform isn’t these days. Although Falck said it’s too early to share details about exactly what shopping on Twitter will look like, the idea, at least to start, will be to focus on encouraging transactions rather than facilitating them directly on the platform.

Twitter will also start using more context and signals from interactions on Twitter to help its advertising products perform better.

Engagement with consumer products, such as topics and lists, “represent an opportunity for us to do better personalization and deliver better ad relevancy,” said Jonathan Lewis, senior director of product management at Twitter. One example, Lewis said, is the ability to build audience targeting segments based on users who follow a certain topic.

“Our performance ad products will remain our No. 1 focus throughout the rest of the year,” Lewis said.