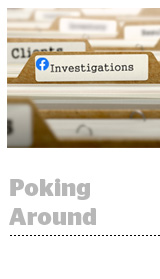 Facebook is getting poked by both the Federal Trade Commission and the Department of Justice, but that doesn’t mean it’s facing two separate antitrust probes in the United States.

“It would be unprecedented, not to mention duplicative, for the DOJ and the FTC to be investigating the same company for essentially the same conduct,” said George Hay, a Cornell law professor and antitrust scholar.

So, what’s the difference?

Last week, Facebook tacked an almost offhanded disclosure onto the end of the press release announcing its second quarter earnings. Under the heading “Other Matters,” Facebook confirmed that the FTC had launched a formal antitrust investigation into the company June, and noted that the Department of Justice is planning to kick off an antitrust review of the “market-leading online platforms.”

It’s easy to conflate the two. But there’s a marked difference between the full-blown investigation the FTC is embarking on and the DOJ’s inquiry into whether and how large online platforms, which the department doesn’t call out by name – though doubtlessly includes Facebook and its big tech cohorts, like Google and Amazon – achieved their market power.

“What the DOJ is doing is taking a big-picture look, which basically means getting a task force together of lawyers and economists that will read publicly available information and decide, in a generic sense, what the common antitrust problems are between these platforms,” Hay said.

If the DOJ turns up anything on Facebook, or Amazon, for that matter, it’ll most likely share whatever it finds with the FTC and give the agency clearance.

As was first reported early last month, the FTC and the DOJ are divvying up their scrutiny into the big tech biggies, with the former responsible for Facebook and Amazon and the latter taking on Google and Apple.

And both are bound by the same laws as they do so, although their powers vary a bit.

Unlike the DOJ, the FTC has consumer protection authority, which is why it was the one to tangle with and eventually fine Facebook $5 billion for its Cambridge Analytica-related privacy sins. By the same token, only the DOJ can bring criminal actions. But on the antitrust front, both are operating by the same rules and have essentially the same powers.

“Their guardrails are the law,” Hay said.

And in the event either agency wants to take action against one of the companies under its purview, it’s got to be prepared to litigate. Neither the FTC or the DOJ is an administrative agency, which means they can’t force Facebook, or anyone, to do anything, without reaching a settlement or taking a company to court.

“We would’ve had years of litigation and much less relief later than we do now,” FTC Chairman Joe Simons said in justification of why the commission settled with Facebook.

It’s far too early to say what the FTC’s new antitrust investigation into Facebook will uncover, or if the DOJ will bring anything new to light through its big tech inquiry.