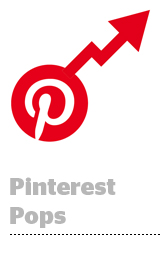 Pinterest had a great second quarter – which is also only its second quarter as a public company – but don’t expect the sort of numbers you see from Google, Facebook or even Snapchat.

“When will we be as mature as Google and Facebook? I think it’s a long road ahead,” Pinterest CEO Ben Silbermann told investors on Thursday.

Even so, the company posted solid results, and its stock rose more than 12% in after-hours trading. Total Q2 revenue clocked in at $261 million, a 62% year-over-year increase, with revenue projections between $1.095 and $1.115 billion for the full year.

Although Pinterest is starting to expand internationally – it introduced ads to Germany, Austria, Spain and Italy in March, for example – the United States makes up the lion’s share of its revenue today. US revenue was $238 million, a 55% YoY increase.

The average revenue per user in the United States was $2.80 compared with a global average ARPU of $0.88. Monthly active users hit 300 million during the quarter, up 30% YoY, including a 13% year-over-year uptick in US MAUs to 85 million.

Pinterest’s success this quarter was thanks largely to advertiser diversification, said company CFO Todd Morgenfeld, and it came in three flavors.

First, Pinterest garnered more share of wallet from advertisers that already spend on the platform, such as Bayer, which alone launched 10 new brands in the first half of the year. Pinterest also gained more traction with a few new and emerging verticals, such as auto and entertainment. And third, Pinterest is starting to move more into the SMB and direct-to-consumer space, particularly with digital native brands that focus on performance.

“Advertisers’ diversification will be a source of growth going forward,” Morgenfeld said.

Pinterest sees SMBs as a particularly strong growth opportunity, which is why it has quickly introduced tools to support smaller advertisers, including a self-serve mobile ad creation tool launched last week, and the ability to more easily measure the performance of ad campaigns.

But it’s still super early on that front, Silbermann said.

“We’ve had a really good, steady drumbeat of releases,” he said. “[But] I think there is a long road ahead, which is why we’re not baking in SMBs as a meaningful contributor to revenue, although we hope to see it start next year and beyond.”

The same can be said for Pinterest’s investment in making the platform more shoppable.

Over the last year, Pinterest has added more retailer-focused products, including Shop the Look pins and the ability for retailers to automatically ingest their online product catalogs as pins. Catalogs uploaded to Pinterest helped grow inventory on the platform by 50% over the second quarter.

But still, it’s best to think of shopping as a long-term investment, Silbermann said. It’s not going to show up as an independent revenue stream anytime soon, although it’s “essential for users and a lot of the businesses looking to get value from the platform.”

“This year is really about two things: One is growing the amount of buyable inventory – and catalogs is one of our strategies to do that – and the other is to match it to users looking for products,” Silbermann said. “Our shopping strategy is to basically fulfill the commercial intent that users already have.”