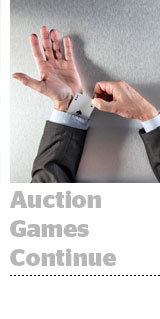 Index Exchange has for more than a year been doing bid caching, where if its buyer loses a programmatic auction, it holds onto the bid to see if it can serve an ad on the next piece of content the consumer views.

Bid caching has enabled Index Exchange to gain market share against rival exchanges and deliver higher CPMs to publishers. Index Exchange claims the practice is above board, so it didn’t tell buyers until it published a blog post Wednesday.

“We didn’t think it was an issue with buyers. We were so surprised. We thought this was an industry practice,” said Drew Bradstock, SVP of product at Index Exchange.

But the practice has angered rival exchanges, as Index Exchange has grabbed more market share in recent months. Because every exchange now competes via header bidding using near-identical demand and supply, auction tweaks like Index Exchange’s can yield significant benefits.

Buyers, many of whom just learned of the practice this week – and not from Index Exchange – are sorting through the effects.

Is bid caching a problem?

Bid caching takes advantage of the fact that buyers generally submit higher prices for the first page in a user session. But if the ad is served deeper into a user session, buyers have overpaid and have received different inventory from what they bid on.

Another potential complication is that long delays between a bid and an ad server increase the likelihood that the DSP already found the user elsewhere, causing a campaign to exceed its frequency caps and mess up the DSP’s pacing algorithm.

Index Exchange said it tested different lengths of bid caching, and in some cases it held bids for more than four minutes. Today, it claims it caches bids for less than a minute.

Finally, because the ad is served on the same domain but on a different page, bid caching introduces brand safety concerns. DSPs are digging into these as they find out after the fact their buys have been exposed to an auction change they didn’t know about.

“We are investigating and developing our point of view on the impacts and trade-offs for advertisers,” said Christopher Bell, head of product cloud management for Adobe Ad Cloud. The Adobe team learned of the practice, which affected its inventory with Index for over a year, this week.

A different DSP asked Index Exchange to stop bid caching after learning of the practice, Bradstock confirmed. Ad spend from that DSP going to Index Exchange dropped significantly after the shut-off, said a source familiar with the situation.

Although many programmatic contracts have been tightened as part of the industry’s push for transparency, contracts haven’t always revealed auction changes like bid caching.

Bid caching is contractually prohibited by at least one DSP contacted by AdExchanger. Another DSP didn’t prohibit such behavior in its contracts because it didn’t know about it.

Agency buyers don’t often tease apart how auction rules can be tweaked or gamed by exchanges, leaving those time-consuming nuances to their DSPs. But they don’t want a murky environment where invisible levers move their clients’ advertising spend around without knowing why or at what cost.

“Our position is that any impediment to transparency for our clients, or to the ability to purchase the precise impressions at the exact price we’d like, is a problem for us,” said Oscar Garza, EVP of media activation at Essence.

“We have found that session depth is a factor in attention,” Garza said. The first page in a session [where Index could hold a bid] is more valuable than subsequent pages, he said. “Impeding our ability to be precise is a problem.”

Index Exchange said in its Wednesday blog post that bid caching allows it to improve the user experience. However, multiple technical sources confirmed to AdExchanger that this claim conflates ad caching with bid caching.

Ad caching allows an exchange to run an auction for a video ad to be shown immediately after a gamer completes a level, for example. Bid caching reuses price information until the impression finally wins, which benefits the exchange first, with secondary boosts to a publisher’s CPMs and the buyer’s win rates – but also the price paid.

Index Exchange has changed its auction mechanics before in order to boost its market share.

The company claims that when it switched to first-price auctions last year, it methodically informed buyers of the rollout.

“It was far more transparent than people realized,” Bradstock said. “It was quite boring the way we did it.”

However, some publishers who were part of that switch observed that Index moved their inventory to first-price without telling the buy side – even if they also thought that moving to first-price was ultimately the right move.

Index Exchange is not alone in tweaking auctions to gain market share while couching those changes in terms of benefits for publishers or buyers.

For years, DSPs would spot such tricks and then withhold spend or punish the exchanges until the exchanges stopped. But then a new trick would emerge months or years later.

Ad tech professionals contacted by AdExchanger shared their exhaustion and exasperation over the continued non-transparency in the programmatic space. Many separately said these practices perpetuate programmatic’s negative perception.

But others are more blasé. They just try to surf above the muck.

If Index Exchange implementing bid caching isn’t a big deal, it’s because such behavior is par for the course in the exchange space.

“The industry wants to move toward transparency, but there are funky things you can do on the back end to juice the auction. This is a game of whack-a-mole, and right now the game is bid caching,” said a person at an exchange familiar with what Index Exchange was doing.

But will the whack-a-mole game eventually come to an end?

“Real-time bidding doesn't mean calling it ‘sometimes real-time bidding.' The industry is clear on this one,” said Tom Kershaw, CTO of The Rubicon Project. “I hope this can be a teaching moment."

“If you are going to change an auction dynamic, you should be doing it public and in consultation," he added. "I hope we aren't going to have the same conversation six months from now about the next version of this."