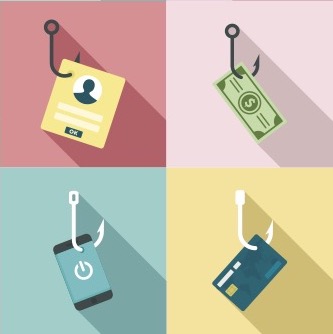 Whenever there’s a sociopolitical or economic crisis, the lowest rung of online marketers finds a way to prey on the vulnerable and disenfranchised.

Some con artists have posed as debt advisors for people during times of economic insecurity; others target addicts seeking rehab using online indicators of depression and anxiety. The pending overturn of Roe v. Wade is no different and will create a new class of online audiences that are potential prey.

“Cyber criminals are the best marketers today,” said Alisha Rosen, marketing and branding manager at ad security company GeoEdge. “They see a trend and say, ‘Let me hop on this.’”

These marketing ploys aren’t dictated by politics – some scams siphon “donations” and data from anti-abortion activists, too.

When opportunity hits, bad actors can use cookies and age and gender demo data to set parameters for a jackpot audience most likely to fall for their scam, then serve ads to user IDs that match the profile.

These types of ads often dupe users into clicking on ads that address their topical sensitivity with a call to action. One example is an ad calling for a donation mimicking Planned Parenthood’s branding, but actually representing an unrelated third party. Those ads often redirect to a scam- and virus-laden landing page where the data is harvested and sold on the dark web, along with all sorts of personal data also available in bulk: health and legal records, location data and credit card and bank account information.

Those types of scams are dangerous because they work. “Users online are sitting with their credit cards ready, especially when they trust the publications they read, so what we’re seeing is scammers really riding the wave of malicious donation campaigns,” she said. “They’re also mimicking medical services, consultancies – even the Planned Parenthood font.”

While donation scams are proliferating now, similar tactics could be used to target individuals, primarily women, who are looking for abortion services or reproductive care. In Texas, a woman spent three days in jail in April on an alleged murder charge following a miscarriage, after she told hospital staff that she had attempted to induce an abortion.

The charge was dropped. But the Texas state abortion law includes a $10,000 minimum reward for citizens who report an illegal abortion. Targeting individuals in those instances can be lucrative even if that individual isn’t tricked into donating or buying a fake service. (She just ends up in prison. No biggie.)

There are steps publishers can take to help dial back these types of ads appearing on their site. Many platforms have policies around content moderation, but vetted technology is also a critical piece of the picture.

Good security tech vendors need to ensure websites don’t have donation scams and brand infringement, GeoEdge’s Rosen said – and they’ll need to scan not just the ad creative but the landing page, too.

“This really can’t be done in-house,” Rosen said. GeoEdge, for example, builds code that wraps around in-page ad slots and screens for clickbait and deceptive or misleading content that raises a security flag. NPR, Financial Times and The New York Times use its tech.

Publishers are in a hard spot because they’re the last line of defense against the inadequacies of programmatic ads, said Confiant’s Mangin. “Publishers don’t originate these issues, but their audience is calling on them to solve the problem.”

To stamp out more of these bad ads, publishers should push their upstream partners to exert control over the programmatic creative flow, Mangin said.

“There are just too many bad ads mixed in with the good ones,” he added.

A GeoEdge survey of web publishers (not its clients) found that only 40% of publishers integrate an ad quality solution and 78% were doing manual ad filtering, which Rosen said is not a viable way to screen online scammers. When GeoEdge asked the same publishers if they felt they had sufficient transparency into their programmatic inventory, 30% gave a flat-out no.

“Everybody needs to assume responsibility across the supply chain – malvertising hurts the profitability of the entire digital advertising industry, not just the publishing ecosystem,” Rosen said. But at the same time, “publishers ultimately have the most to lose. It’s their audience.”