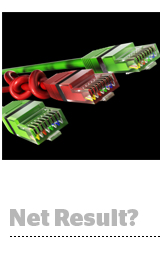 “Let’s not kid ourselves: When it comes to a free and open internet, Twitter is part of the problem,” Pai said.

He cited an October incident when Twitter declined to let Rep. Marsha Blackburn (R-Tenn.) promote a post unless she excised the line: “We stopped the sale of baby body parts.”

Equating edge providers with broadband providers is a common refrain from Pai and others who support his intention to reverse Title II, the regulatory framework that reclassifies internet service providers (ISPs) as utility providers, thereby giving the FCC authority over them.

Despite Pai’s comments, edge providers and their primary business lines, “will be A-OK,” said Corey Preston, a digital media consultant.

“The lifeblood of their business is data,” Preston said. “Both Facebook and Google have built their fortunes from the collection and curation of data [and] by leveraging the right data points to deliver a well-timed advertisement.”


If telcos or internet service providers pressure the platforms to pay for prioritization and the platforms decide they’ve had enough, they’ll continue to double down on building their own pipes for their own information highways, à la Google’s Project Loon or Facebook’s Free Basics.

In other words, they have the means and the ability to build their own fast lanes if they want, which would result in a greater consolidation of power among a smaller group of largely unregulated entities.

“Any alternative to ISPs made by Google or Facebook would naturally serve the interest of their own company first, whether in the bold or fine print,” Preston said. “Until the body politic deems access to common tools like the internet as a human right and not a business venture, the internet as we know it will continue to be threatened.”

But Facebook might not fare so well after all, said Susan Bidel, a senior analyst at Forrester. While many view Google as an essential part of life, Facebook “is not in that category,” Bidel said, pointing to a May New York Times article that polled readers on which tech giants they’d give up if they had to if choosing between Alphabet, Amazon, Apple, Facebook or Microsoft.

“Consumers don’t have allegiances to pipes – they view them as commodities and don’t differentiate based on anything but price,” Bidel said.

That’s why the telcos are so hungry for content (see: Verizon and Oath and AT&T’s lust for Time Warner).

The largest players “with the best content will win, because they’ll be able to attract the highest-quality audiences and monetize those audiences in a variety of ways,” Bidel said.

Companies with content ambitions that aren’t telcos, however, “will encounter the most friction with telecoms,” said Preston, because their revenue streams will begin to intersect.

But as this battle plays out between behemoths, what about consumers? They’ll be the biggest losers here as their alternatives slowly dwindle, Bidel said.

“The elimination of net neutrality will reward the biggest companies,” she said. “While big content companies that offer quality experiences to consumers and scale to advertisers will be OK, content innovators will struggle to find audiences and, therefore, to monetize. Ultimately, that means consumers will have fewer choices over time.”