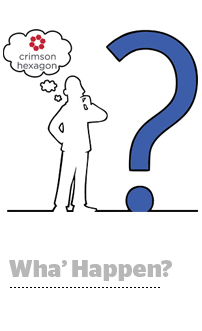 Getting in bed with Facebook sometimes means waking up alone – and without your wallet.

Facebook’s scale has long given it the power to put companies out of business or, at the very least, put a serious kink in their revenue model. History is littered with the bodies of Facebook’s former third-party partners.

But in a post-Cambridge Analytica world, Facebook’s skin has gotten thinner than ever, and anything to do with data sharing is a sensitive subject, even if the data in question is public or just being used for market research.

“There’s definitely more than a whiff of toxicity around using Facebook data – or any data – for purposes not expressly endorsed by users who supply that data,” said Andrew Frank, a VP of research at Gartner. “The public relations risk of using any personal data, public or not, for political purposes has reached an all-time high.”

Throughout the years, Facebook has booted companies off its platform for scraping data or sharing it without permission, often in response to media reports or public outcry, and sometimes just because Facebook wanted to launch a competitive product.

Partner companies should be aware that Facebook considers them pretty much expendable, said one high-level ad exec who asked to remain anonymous due to the person’s relationship with Facebook.

“Facebook has two primary interests: One is shareholder value, and two is what is legal or moral,” the executive said. “Two leads directly back to one. The reality is that Facebook’s biggest defense against any kind of accusation is to put the onus on the partner, that it’s the partner that did something wrong.”

Not every partner can survive the vicissitudes of relying heavily on Facebook’s platform. Publishers, such as Little Things, experience algorithm tweaks like a bolt from the blue. Ad tech platforms, such as mobile analytics company Kontagent, get kicked out of the garden for data misuse and end up sold for parts.

Even large corporations like Acxiom, Oracle and Experian feel the burn when Facebook decides to make a platform change.

But there are numerous examples of companies that survived their tussle with Facebook, primarily by rebranding, reinventing their business and smiling through gritted teeth until the storm passed and clients stopped asking about the fallout.

In 2010, data aggregator RapLeaf was called out for scraping personal identifiers from Facebook and got banned from the platform. The following year, RapLeaf created its LiveRamp division. TowerData bought RapLeaf in 2013 and Acxiom shelled out $310 million the year after to scoop up LiveRamp, which is now a multimillion-dollar business in and of itself.

In early 2014, HasOffers was ousted from Facebook’s marketing partner program for allegedly holding onto user data for too long. It was a bewildering time for the company, but within a few months, HasOffers changed its name to Tune and started expanding its business into user acquisition, and slowly the word “scandal” stopped coming up every time the company was mentioned in a news article.

Over the years, Tune started hosting annual events in Seattle and focused on building a closer relationship with Apple and its App Store.

“It all comes down to your relationship with customers and other partners, and doubling down on that,” said CEO Peter Hamilton of Tune’s turnaround.

It’s too premature to say whether Crimson Hexagon will need to take a page out of Tune’s or RapLeaf’s survival playbook.

For the moment, agencies using Crimson Hexagon’s technology to gather insights from social data are in wait-and-see mode before taking any action of their own, based on a straw poll conducted by AdExchanger.

It’s possible Facebook could sever its relationship with Crimson Hexagon for good, which would pack a material punch to the company’s bottom line and a devastating blow to its public image, but it’s just as possible that the controversy will blow over.

“If Facebook shut down access for Crimson Hexagon, they would almost certainly have to do the same for the entire social media analytics and listening platform space, which is a $1 billion industry right now,” said Melissa Parrish, VP and group director at Forrester. “That feels pretty unlikely.”

Then again, other platforms could take Facebook’s lead and start shutting down access to public data as a preventative measure.

“I wouldn’t be surprised that as more attention is paid to data and privacy across digital channels to see platforms like Twitter or Reddit or LinkedIn, even forums, decide to take a similar stance,” said Kieley Taylor, managing partner and global head of social at GroupM. “To lock down what is publicly available and ingested through an API would put social listening and analytics into a tailspin.”

But it’s highly unlikely Crimson Hexagon’s recent woes would have made the headlines if the Cambridge Analytica scandal hasn’t paved the way.

“More than anything else,” Parrish said, “I think this is more about Facebook signaling to the world that, ‘Yes, we’re really taking this type of thing much more seriously.’”

There’s no evidence that Crimson Hexagon used public online data for surveillance purposes, but once the question was raised, Facebook would have been crazy not to react with speed.

“The current news cycle is relentless, and I understand where this is coming from – there’s been a lot of blowback from things like Cambridge Analytica,” Taylor said. “But the precedent of going deeper into the contracts when the data appears to be captured in the right way is troubling. It’s also unclear to me how this would be broadly enforced.”